The Bobcats are in week two of strength and conditioning camp. 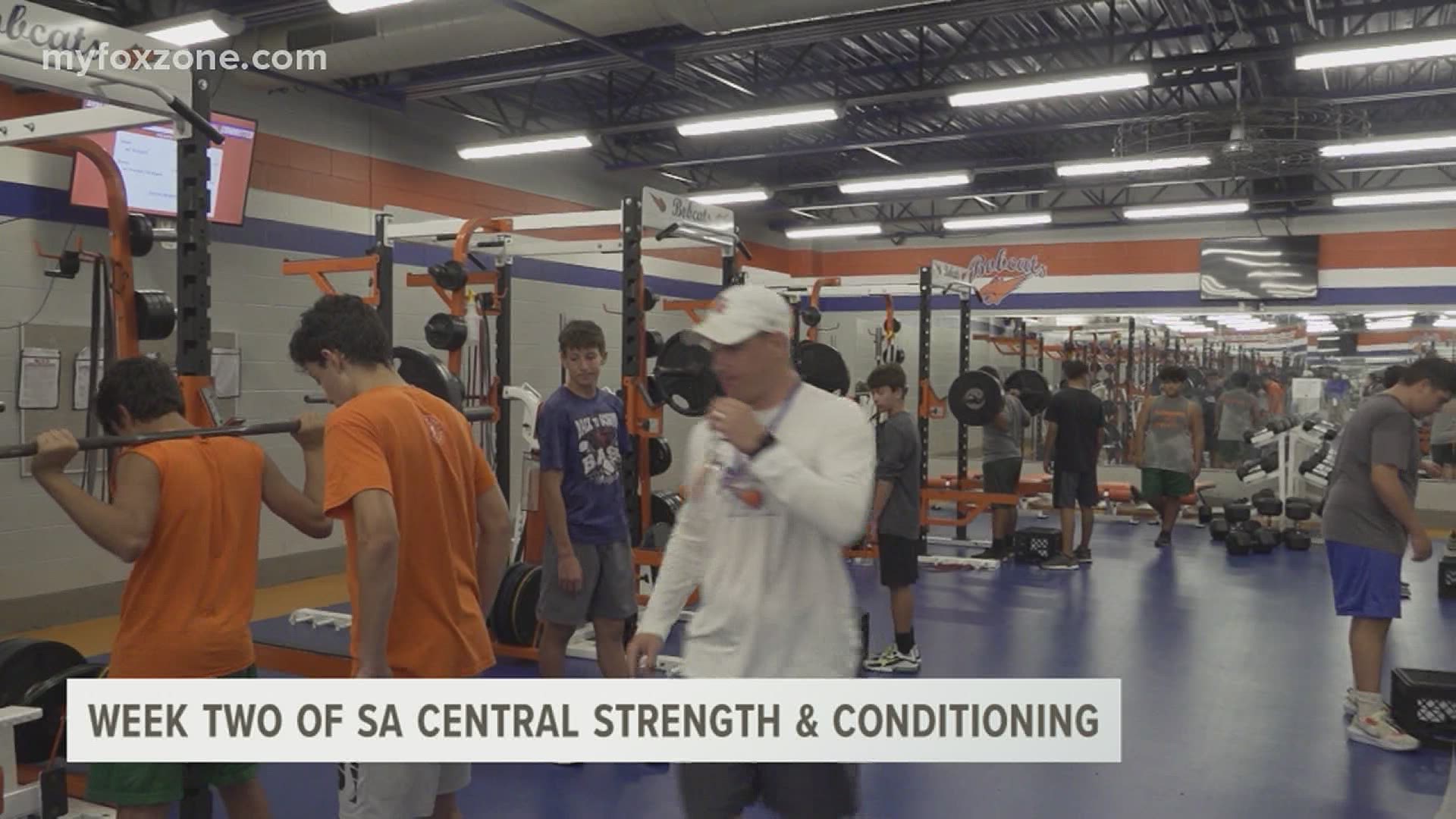 SAN ANGELO, Texas — The San Angelo Central High School football team is currently in its second week of summer strength and conditioning camp. The Bobcats report to the San Angelo Stadium field house weekdays at 8 a.m. for weight training, followed by skill work and conditioning until 11.

"You attend those clinics and obviously we have a great one here," Crane said. "It's one of the best ones in the nation and it's cool that it's in our hometown, but every time you go to a clinic you try to pick up one or two things that you can use in your own program. Anytime Todd Dodge is speaking I'm going to listen to what he has to say."

The purpose of strength and conditioning camp is to not only keep athletes in physical shape over the summer, but also mentally. Most coaches will say it's more of a mental aspect than a physical aspect because motivation plays a major role. This is where players and coaches really develop a bond with each other.

"No matter how much talent you have, you can always work harder, be more disciplined, be more coachable and be on time," Crane said. "The more disciplined we are, the better individuals we are and the more likely we are to have a better team."

Crane said there's a fine line between the players getting their work done and burning themselves out. This is why the sessions end before noon, so they can have the rest of the day to themselves.

"It's an important part of our overall success as far as getting our work done in the summer," Crane said. "It's kind of the next phase of our program and we need a good summer to have a good fall, so we expect our kids to get up and get to work. They've done a good job up to this point."

Crane hopes to prepare the team as much as possible before the season starts.