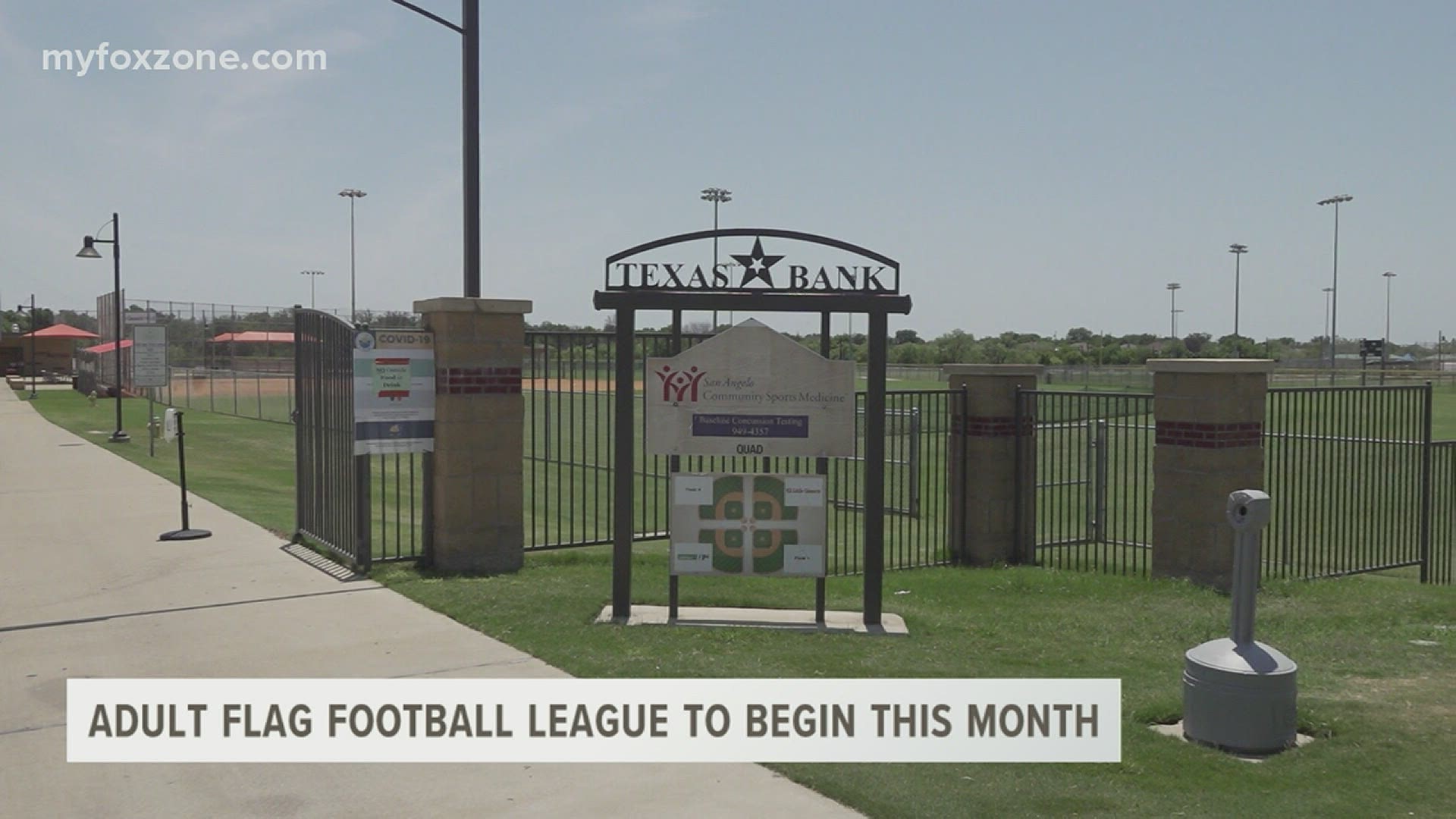 SAN ANGELO, Texas — The San Angelo Parks and Recreation is resurrecting its adult flag football league for the first time in 10 years. The organization is offering an 8-on-8 women’s division, men’s division and co-ed division. All games are played on Sundays at the Texas Bank Sports Complex.

“Our goal was to try to do it last year, but COVID hit so everything got sort of canceled," San Angelo Parks and Recreation assistant recreation manager John Henry Perez said. "This year we're trying to get it kicked off this summer with the summer session and then hopefully finish off with a fall session for adults.”

Other adult sports leagues include softball, women’s volleyball and basketball. The first flag football game for all divisions is planned for Sunday afternoons depending on the number of teams.

"What we're going to do for the summer session is everybody will be guaranteed six games and afterwards they'll go into a tournament play," Perez said. "So we do a single elimination tournament and from there, we determine our champion."

"Athletics for adults and the youth is very important because we want to get back out," Perez said. "We want to get out and exercise and put trust into our programs. We'll try to do the best we can and make it a fun, fair league for everybody."

The registration deadline for adult flag football is Wednesday, June 16. More information can be found at the Team Sideline San Angelo website.