A coalition of D.C. Public Schools athletes and coaches are working to devise a plan to give fall sports a slice of a season after the Mayor suspended them. 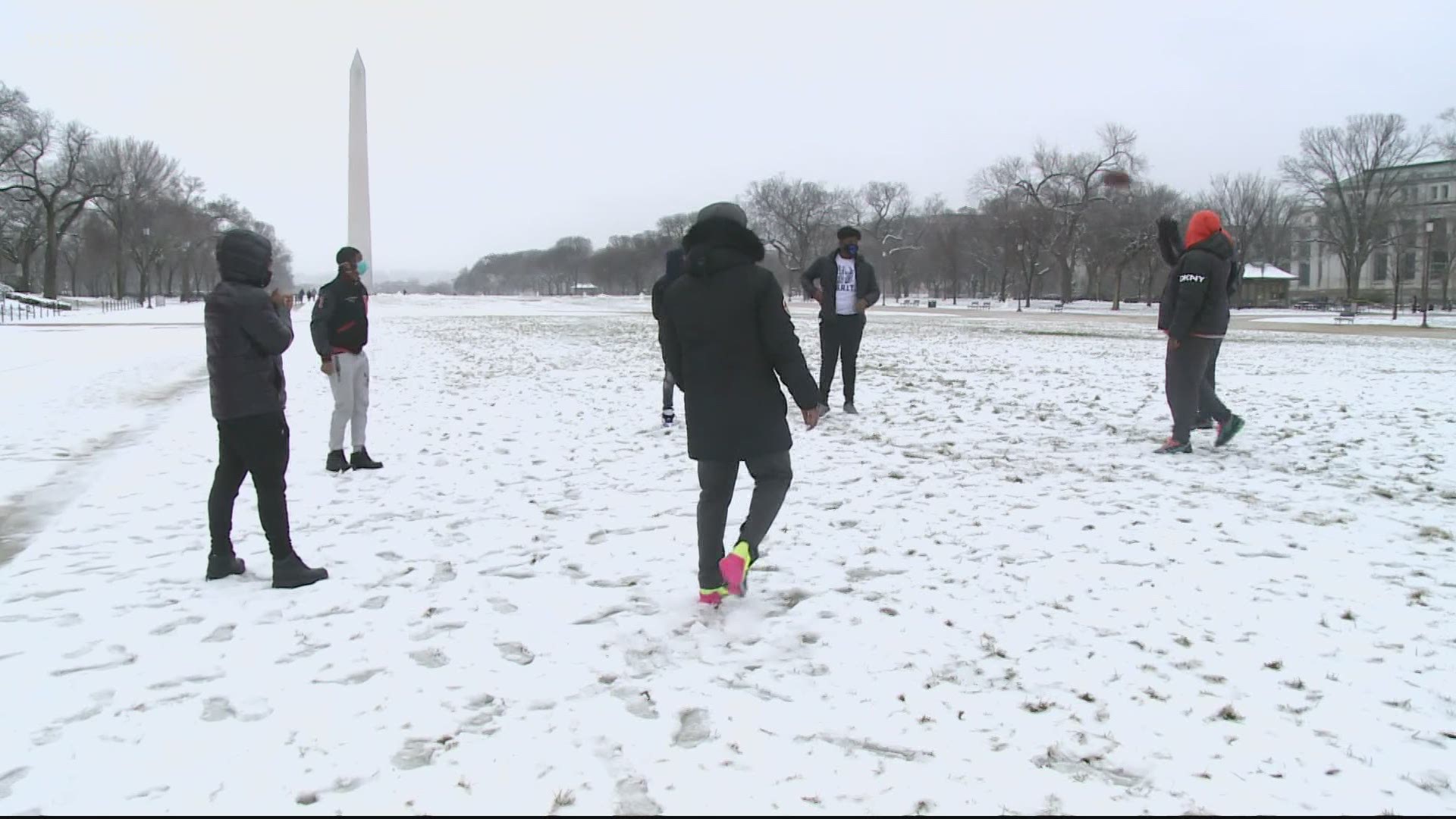 WASHINGTON — D.C. Public Schools athletes are fighting to get back on the field -- as they worry about scholarship opportunities if they don't.

They're quickly building momentum as students and coaches from multiple schools throughout DCPS sign on to devise a plan to give fall sports athletes a slice of a season.

D.C. Mayor Muriel Bowser suspended high school sports in December through the remainder of the emergency order, writing in part, "Certain forms of recreation can pose dangers of COVID-19 to athletes, and the experience across the country has shown that the risks are not just from on the field of play, but also from the activities of teammates off the field.”

“When you need sports the most, it’s not there because of the pandemic," Woodrow Wilson High School senior athlete Danny Page said.

Page has worked hard throughout his high school career, earning 1200 on the SAT and maintaining a GPA of 4.3 throughout his senior year. He said he was counting on football to help him pay for college.

“Sports is my leeway to college, and I don’t have that right now," he said.
"Coaches, they want to see film. I don’t have any film right now because of the pandemic.”

It's a sentiment multiple students shared.

“It’s harder because we might not have the opportunity like we have now to play at the next level in college," Ballou High School senior Reginald Lampkins said.

"It’s frustrating to me, because I had transferred schools because I came to play football to go to college, and now they took it away from me, and I need football in my life," Coolidge High School senior Timothy Marchal said. “It means a lot to me, keeps me out of bad situations."

So these young men -- typical opponents on the field -- are teaming up to advocate for Mayor Muriel Bowser and DCPS to give them some opportunity to play.

Page said it's more than even a scholarship opportunity -- it could save lives.

RELATED: 'The pandemic is catastrophic' | DC activists say COVID is exacerbating violence as they work to prevent more deaths

Credit: Kyle Watkins
A coalition of DCPS student athletes and their coaches are joining together to advocate for an opportunity to play.

He and some other student-athletes said it's also frustrating to watch peers in Maryland and Virginia getting the opportunity to play, after Governors Hogan and Northam gave the green light to school systems.

“It’s not just about right now," Dunbar High School senior Marquis Raspberry said. "Shutting everything down for us is a temporary solution, but what about the future? When me, him, the people out here grow up and we never had the opportunity to go to college.”

Their coaches are standing by them -- pushing hard to give them an opportunity to secure their futures.

“If we don’t get to play football with full pads on or some type of season, provide us some type of solution that shows that we are supporting our kids in the district," Wilson HS head football coach Minoso Rodgers said.

He and other coaches throughout DCPS held a meeting Monday night to devise a plan to present to DCPS and the Mayor -- with potential options. Coach Rodgers said some ideas that his colleagues across the country have tried out include virtual combines, a senior bowl in the spring, and a club football team.

Page's dad, Danny Page, also works as a football coach at Woodrow Wilson HS. He said they're willing to make as many accommodations for COVID as necessary to get kids like his back on the field. 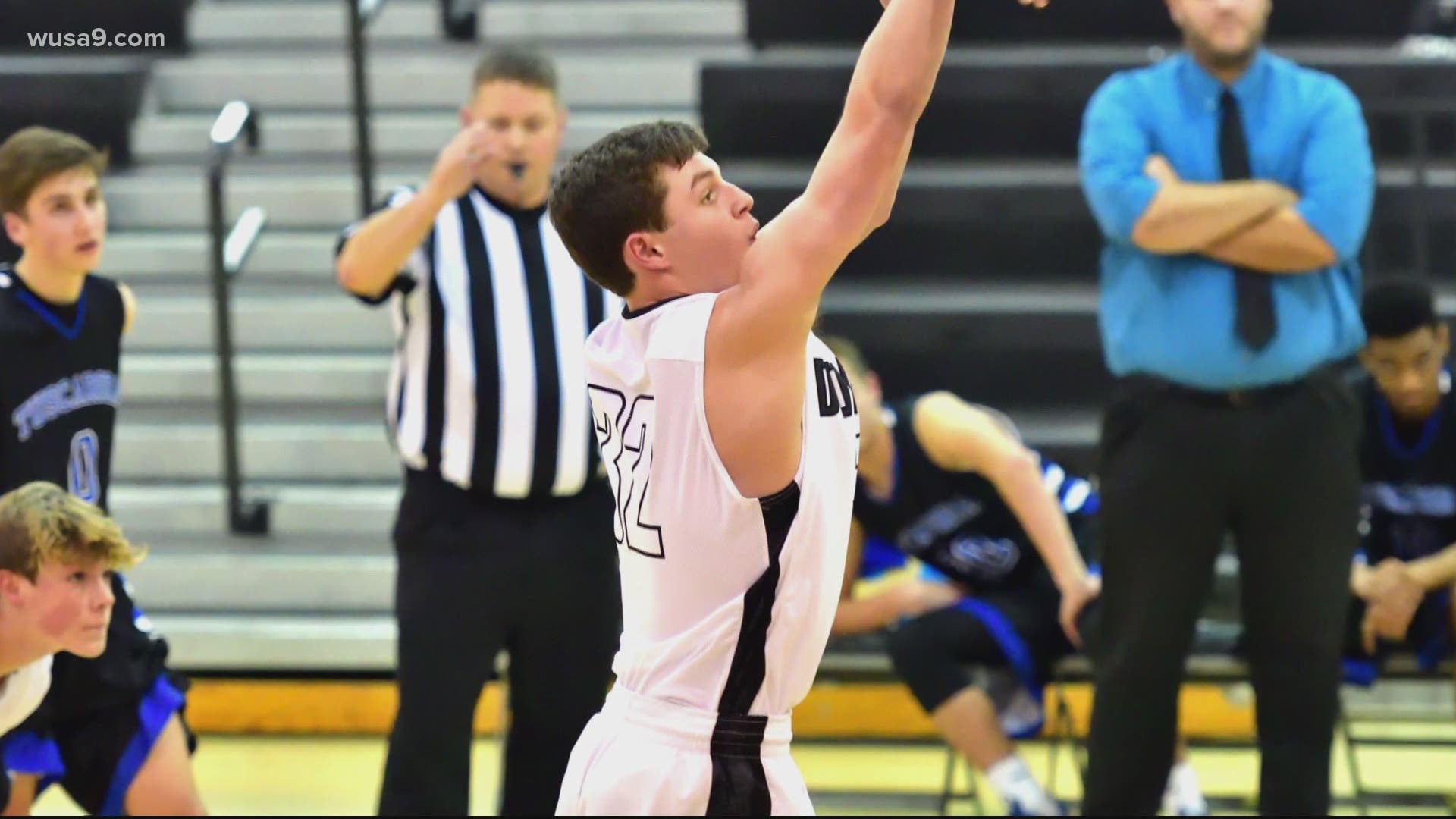 “As adults we’re going to take protocols to make sure kids are safe. It’s not like in the beginning when they first shutdown schools," Page said. "There was no information. Nothing that anyone could go by. We’ve had a year, so everyone is taking an opportunity to be safe, sanitize, social distance...everyone is willing to do whatever they need to do...play with a mask, take the vaccine."

“In the past, we did a lot of focusing on just your school. Now, we’re trying to focus together as a whole," Coach Nesbitt said. "This one of the reasons why we came out here, not to go against a decision, just to unify, to show we’re all together and we’re one voice.”

Wilson football coach Robert Lee said they as coaches want to practice what they preach.

“As a coach we preach to work hard and fight no matter what get in your way," Coach Lee said. "If we didn’t fight for our young men right now… then we failed them.”

D.C. Public Schools sent WUSA 9 the following statement when asked if they were working to allow sports to resume:

WUSA 9 asked if they are planning to make arrangements for fall sports and is still waiting for a response.

Mayor Muriel Bowser's team also has yet to respond to a request for comment.