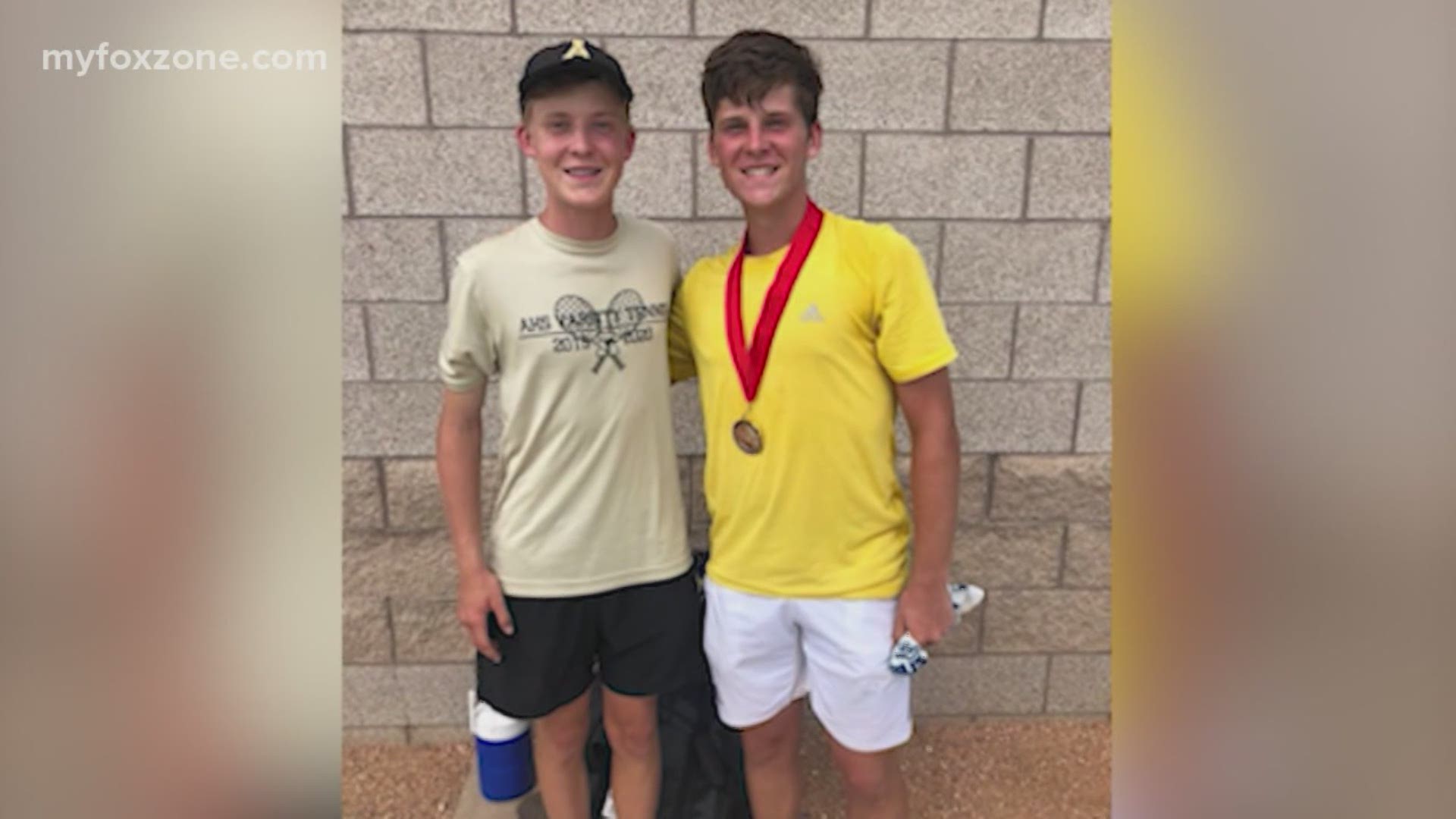 Tennis runs in the Sullivan family. Brothers Griffin and Bennett Sullivan spent their Fourth of July playing the game they love in the Midland Challenger.

That was the goal for the two heading into the weekend and they left Midland feeling proud of the way they performed.

"This is my first time qualifying for the champs level. I'm excited to get to play in some of the higher level tournaments so I can get better and play more tournaments with my brother, that will be really fun," Griffin Sullivan said.

Coach Bryan has coach three of the Sullivan brothers and she is proud of the way that they have represented the sport of tennis.

"Griffin, Bennett and Clark who also played for me have a great work ethic. Polite and awesome human beings and individuals. It's been such a pleasure to coach them and it's great to see their success because they deserve it."

Although this has been a hard time for athletes across the country, the two are thankful for the opportunity to keep playing the sport they love at a distance and in a safe way.

"I'm really fortunate to play a game that makes it easy on us to play and stay safe and far from other people. I'm really glad courts are opening back up so we can get better and keep playing," Griffin Sullivan added.

The brothers look to keep growing alongside each other and their teammates at Abilene High.

Bennett Sullivan is ready for his senior season and to be a leader on the Eagles team. "For the future I think we can bring a lot of skill and experience to our Abilene High team."