Tennessee falls to No. 5 Texas A&M, ending the regular season 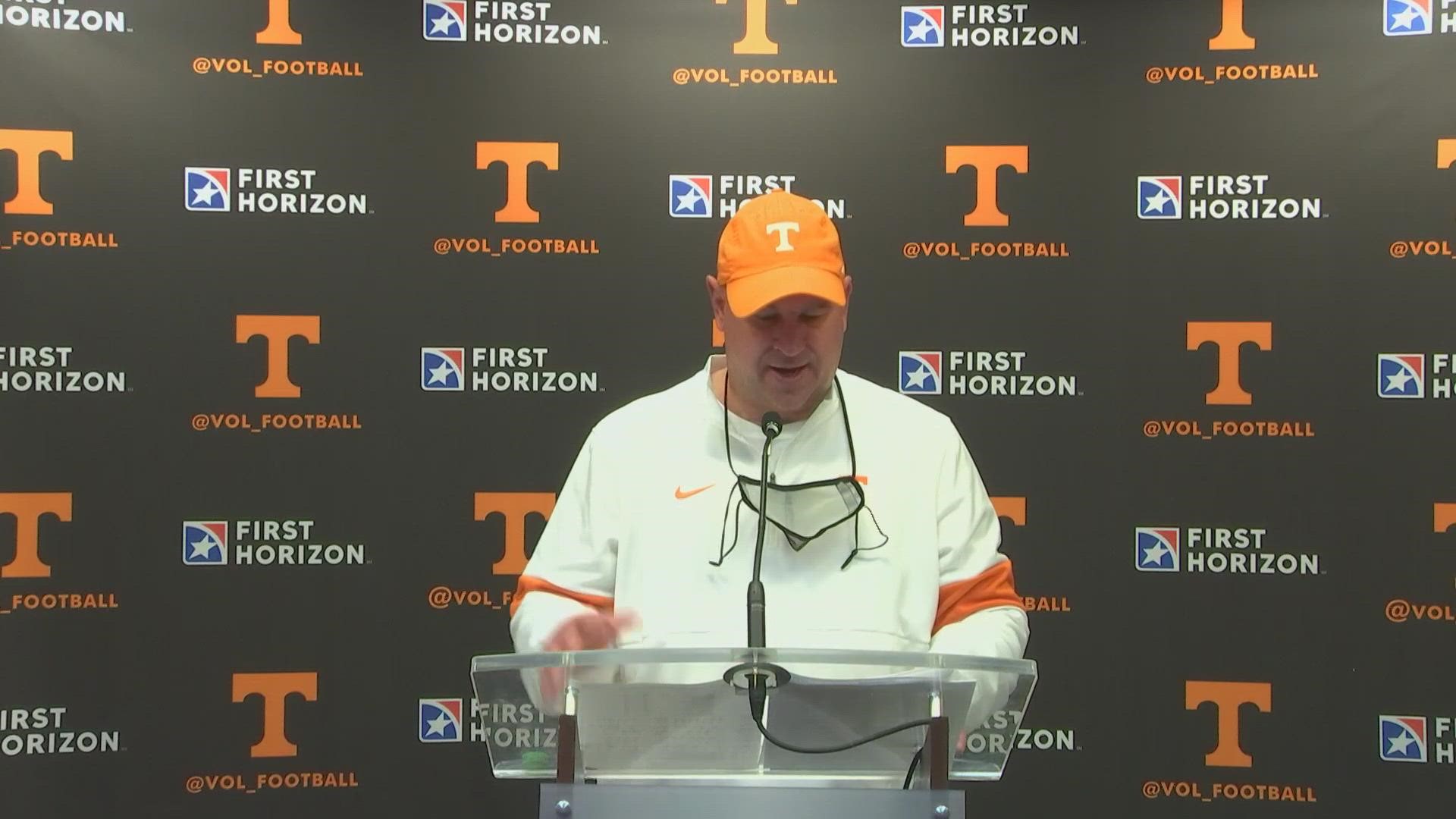 KNOXVILLE, Tenn. – Senior Day on Rocky Top did not end in Tennessee’s favor. The Vols fell to the No. 5 ranked Texas A&M Aggies, 34 to 13.

Harrison Bailey, a true freshman, earned the start for Tennessee for the third consecutive week. Bailey went six for six for 85 yards, but a few costly mistakes had the Vols turning to redshirt sophomore J.T. Shrout halfway through the second quarter.

Bailey and Shrout combined for 175 yards and two touchdowns.

The opening drive looked promising to start for Tennessee. Harrison Bailey connected with Jacob Warren for a 33 yard touchdown. This was Tennessee’s first time scoring on an opening drive since Missouri in week two. The scoring drive was five plays for 75 yards. Texas A&M allows the fewest amount of scoring drives in the SEC.

The Aggies quickly answered back. On their opening drive, with 6:32 left to play in the first quarter, quarterback Kellen Mond scored on a five-yard keeper. The Aggies scoring drive was 10 plays for 75 yards.

Kellen Mond finished the game with 281 total yards of offense, and two touchdowns.

The absence of sophomore running back Eric Gray was felt throughout the game as the Vols finished with just 24 rushing yards.

Texas A&M opened the second quarter with a three yard rushing touchdown from Isaiah Spiller. This scoring drive was 12 plays for 69 yards.

Tennessee's defense gave up 16 first downs in the first half.

The Vols first third down stop of the game came at 5:52 left in the first half when Tennessee kept the Aggies out of the end zone. Seth Small completed a 24 yard field goal to put Texas A&M up 17 to 7.

With four minutes left in the first half, J.T. Shrout connected with Cedric Tillman for a 46 yard touchdown pass. This was Tillman's first touchdown of the season.

The Aggies closed out the first half with a four yard touchdown catch from Ainias Smith, to lead the Vols at halftime 24 to 13.

The Vols held the Aggies out of the end zone in the third quarter, with a huge interception in the Aggies' end zone from Alontae Taylor. Tennessee's defense has back-to-back third quarter shut outs in their last two games.

The first points of the second half came with 9:02 left to play in the game, with a handoff from Kellen Mond to Ainias Smith for a one yard rushing touchdown. Smith finished with two touchdowns against the Vols.

Tennessee's defense, again, had trouble stopping third down conversions as the Aggies converted 10 of 14 third downs.

Another 21 yard field goal from Seth Small would put it away for the Aggies, winning in Knoxville 34 to 13.

Tennessee will wait to find out, if and when, they will play in a bowl game.