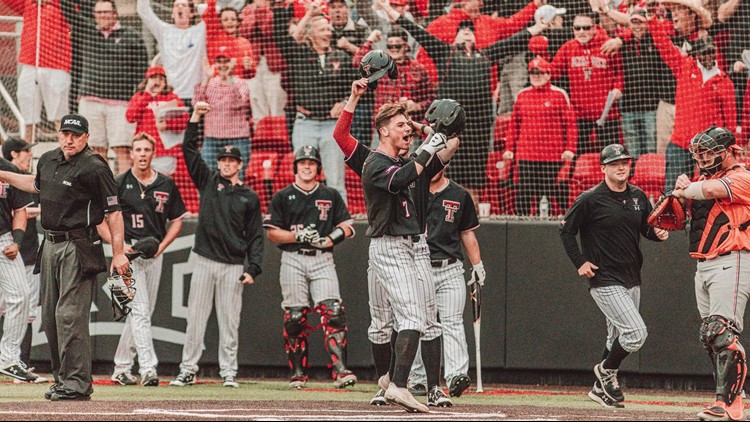 Photo by: texastech.com
Texas Tech Baseball advances to College World Series on Sunday with the 8-6 victory over Oklahoma State.

LUBBOCK, Texas — Texas Tech Baseball is having one fantastic season and that season was extended even longer on Sunday as the Red Raiders advanced to the College World Series.

A pair of home runs by Josh Jung and Kurt Wilson erased a two-run deficit to return to Omaha for the fourth time in the past six seasons. Texas Tech beat Oklahoma State 8-6 in game three of the Super Regional. Red Raiders join only Florida and TCU as the only schools nationally to reach the College World Series four times in that stretch.

The Red Raiders' opening match-up in Omaha will be against Michigan who defeated top-seeded UCLA in the final game of the Los Angeles Super Regional. This is Michigan's first trip to the College World Series since 1984. Date and game times for the entire College World Series will be announced Monday evening.