The Eagles will start official fall practices in early August. 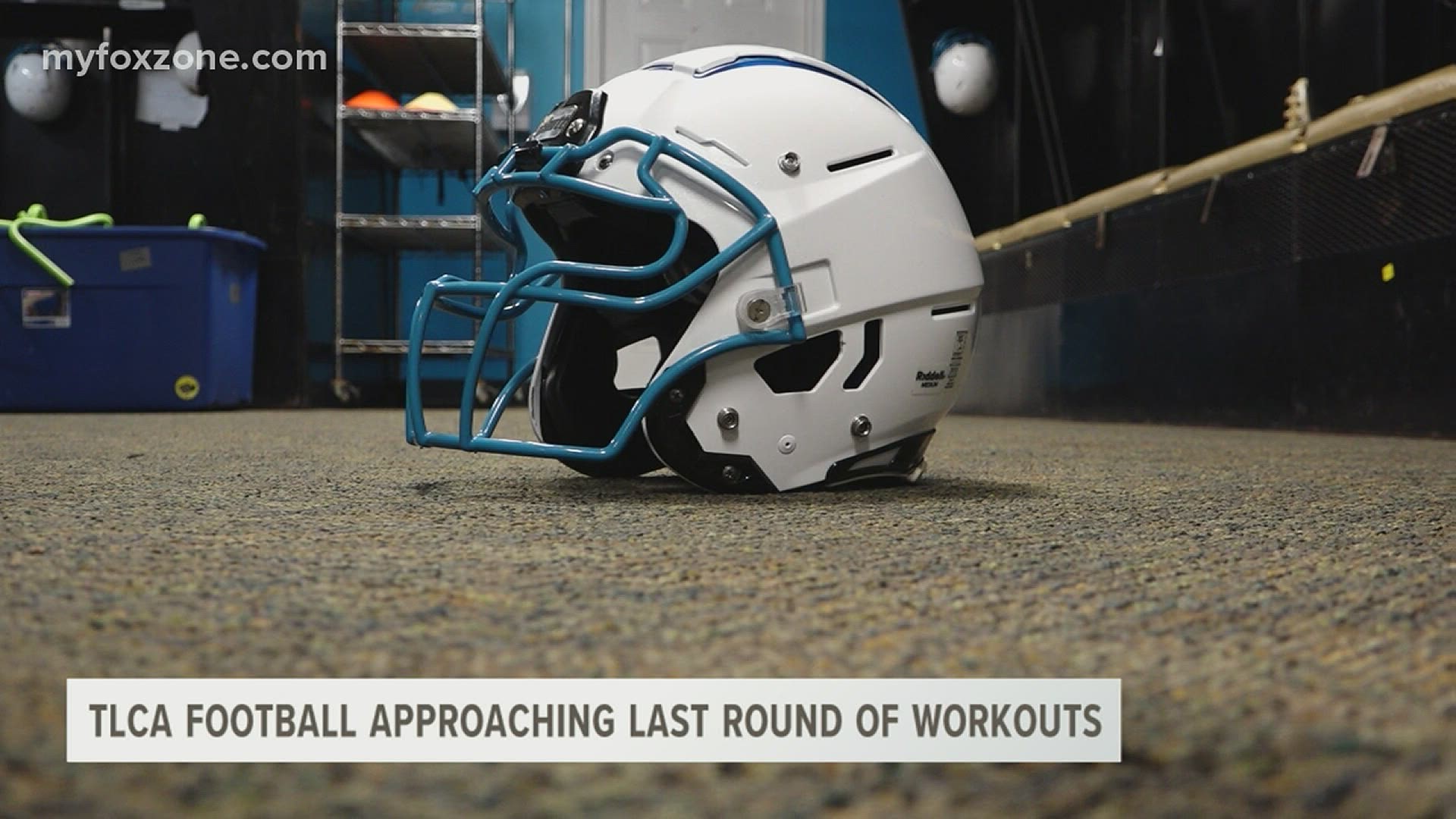 SAN ANGELO, Texas — The TLCA football team is entering the fourth quarter of summer workouts. Head coach Matt Jones said the Eagles began workouts at the end of May and will finish up within these next few weeks. The main purpose is to keep the players active all summer long.

"We're doing very well," Jones said. "We're averaging anywhere between 20 and 30 boys up there everyday. Sometimes there's not as many, but we don't worry about it too much. We want the boys to have a summer and some time off, but when they're in town, we want them up here working."

Jones said the incoming senior class is showing their leadership through their work ethic, which is motivating the underclassmen. In recent past, the Eagles struggled in the weight room and Jones said the opposite has happened this year.

"We've put some weight on the boys and we had them working out even before May," Jones said. "This is with the intention of being stronger and closing gaps between not just the teams in our district, but the teams we play early on. We'll be ready to go while staying healthy."

A takeaway from this summer is the smooth transition from track season during the spring into strength and conditioning. Jones said the team needs to continue progressing through these final weeks.

"It's designed to progress each week and we've done a great job up to this point," Jones said. "We do not want to let off at all and if we were to add anything to it, we can see a little more leadership out of the boys."

The Eagles, along with the rest of West Texas, will start official fall practices in early August.