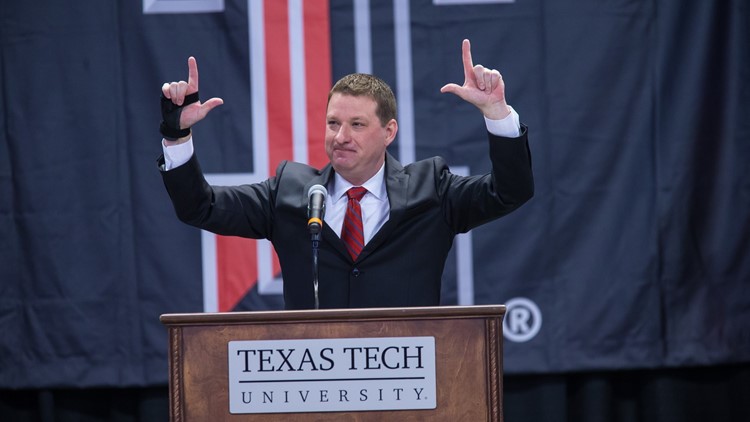 The 6'7" four-star recruit averaged 16 points and 6.6 rebounds per game last season at Duncanville. Peavy received offers from Texas, Oregon and Michigan, but decided to choose Texas Tech following his unofficial visit to Lubbock Oct. 19. He is listed as the No. 43 prospect in the country.

About a year ago, Peavy's former teammate at Duncanville, Jahmi'us Ramsey, committed to Texas Tech. Ramsey was rated No. 33 overall recruit in the nation and chose Texas Tech over the 21 other schools, some including Florida, Baylor, Indiana, Texas A&M and Virginia.

Peavy and Chris Beard have been close his whole life.

Peavy told 247Sports, "I have known Coach Beard all my life. Him and my dad are close."

He also said a big reason he chose Texas Tech is because he likes their playing style and the way Jarrett Culver played last year. Peavy hopes to do what Culver did for the Red Raiders.

With Peavy's commitment to Texas Tech, the Red Raiders have now two verbal commitments from two of the top forwards in the country, 6'7" Micah Peavy and 6'7" Chibuzo Agbo from San Diego.

Beard has taken the Texas Tech men's basketball program to a whole new level and his recruiting has been the best in program history.

"Recruiting here is not hard, we've got one of the best universities in the country," Beard said.