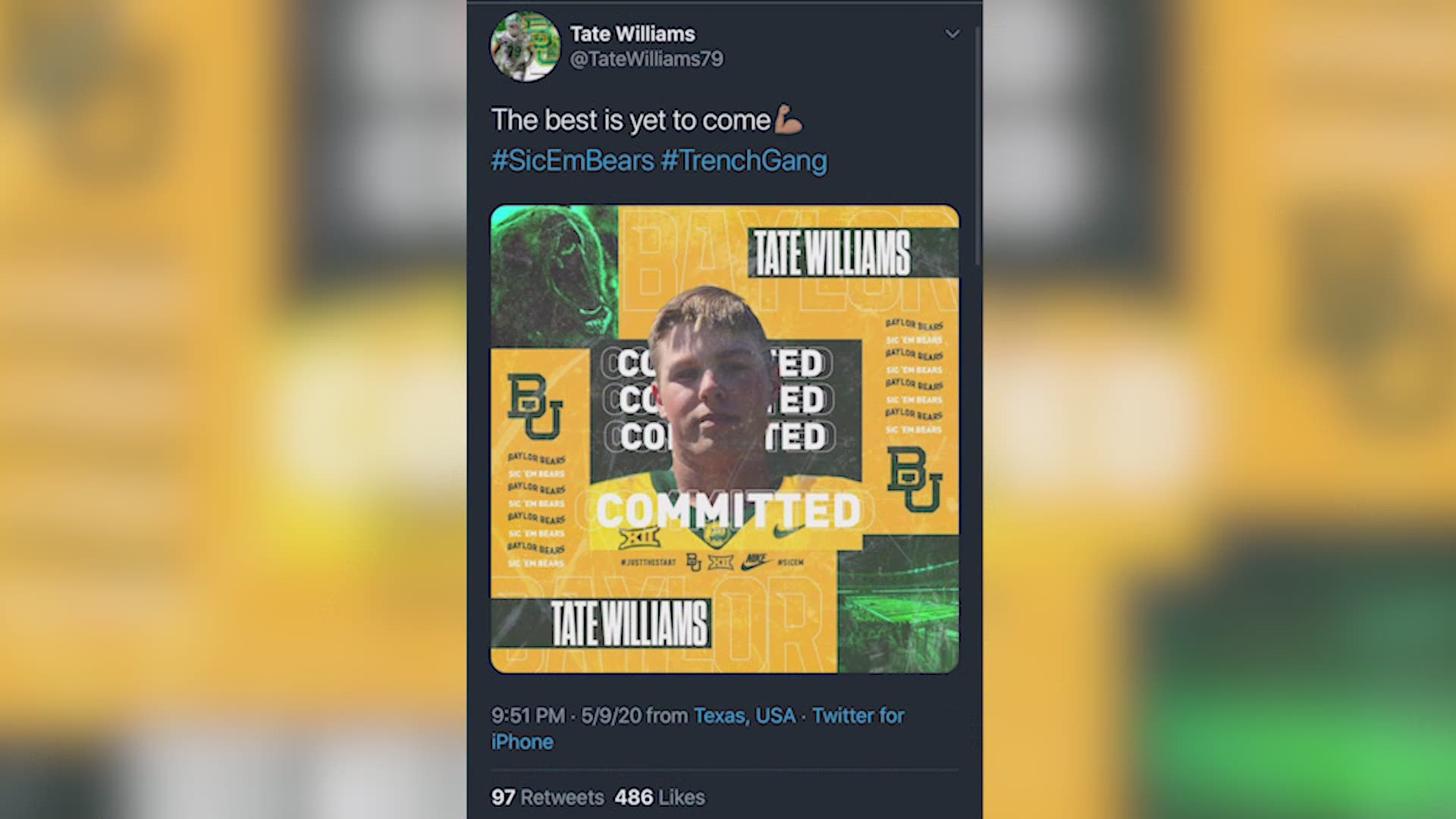 "It's an awesome feeling to have that weight lifted off your shoulders. Now I don't have to worry about my parents having to pay for my college or anything, I've got that taken care of," Williams said.

The offensive coach at Baylor, Joe Wickline, liked what he saw from William's highlights.

"He called me and told me coach Aranda wanted to get on the phone with me, we talked that night and he made me and offer and that was pretty cool."

New Baylor head coach, Dave Aranda is coming off of a national championship at LSU where he was the defensive coordinator. Now as the head coach at Baylor, Williams looks forward to being coached by him.

"Coach Aranda is an awesome coach, to get that recognition from him is crazy."

"All of the coaches I've talked to have been super good to me and welcoming. They seem like good people and that's the kind of program I want to play for. Going to a school that gives you a great education," Williams said.

Will one season left at Wall, Williams looks forward to continue getting better gearing up for his final season in West Texas.