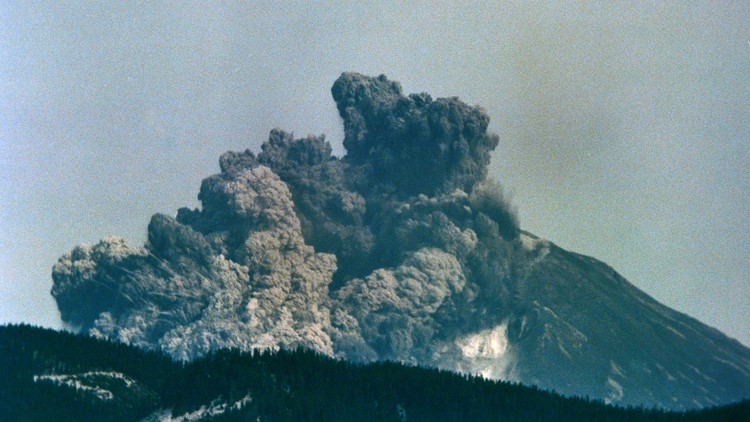 Photo by: AP Photo/Vern Hodgson
Mount St. Helens in Washington state is shown in various stages of eruption, May 18, 1980.

It was the deadliest volcano eruption in U.S. history, killing 57 people.

KING 5 later produced a documentary of the historic event called, "The Mountain Erupts," showing what it was like in the hours and days after the eruption.

Editor's note: For the best experience, watch the documentary on YouTube.

The eruption of Mount St. Helens nearly took the lives of the three KING 5 staffers who had lived near the mountain for a month in an RV.

KING 5 was the only TV station that had a live shot of the mountain 24 hours a day leading up to the eruption.

The chief photographer gave meteorologist Jeff Renner, photojournalist Mark Anderson, and engineer Mike Carter the weekend off, because it was Carter’s wedding anniversary. That Sunday, the mountain blew. During a helicopter tour days later, Renner saw their camp area had been totally destroyed.