SKAMANIA COUNTY, Wash. — Mount St. Helens erupted 40 years ago, on May 18, 1980, sending a plume of ash and smoke into the sky and claiming 57 lives on the ground. But for months leading up the massive eruption, the mountain slowly came to life.

March 16, 1980: 100 earthquakes are recorded in one week. This is considered the first sign of activity before the May 18, 1980 eruption. A former U.S. Forest Service worker remembers these earthquakes occurring in unusual places on the mountain. He told KGW what he remembered about the eruption.

March 27, 1980: The first eruption in over 100 years occurs on the mountain. According to the University of Washington, steam explosions create a 250-foot wide crater.

March 28 – April 3, 1980: Smaller eruptions start to happen and explosions continue. Plumes of steam and ash reach 20,000 feet and the crater grows to about 1,300 feet in diameter.

April 8, 1980: A series of explosions lasts for four hours, the longest since the mountain had come back to life.

April 22, 1980: Eruptions slow from about one per hour in March to about 1 per day by late April.

Small eruptions continue, as do the earthquakes. According to the University of Washington, in this time on the north flank of the mountain, a bulge begins forming, growing some 6 feet a day. This is due to the magma rising high into the volcano.

May 18, 1980: At 8:32 a.m. a 5.1 magnitude earthquake strikes and causes the largest debris avalanche ever recorded. The volcano erupts in an outward fashion. Eruptions blast through the landslide, accelerating debris to over 300 mph.

Within 15 minutes of the eruption, smoke and ash rise 15 miles into the air. The eruption devastates an area of approximately 370 miles. In the inner zone of the eruption, which extends for about 6 miles, there are virtually no trees left, only scorched earth.

The wind blows millions of tons of ash across the United States and it causes complete darkness in areas of eastern Washington.

Between 1980 and 1986 smaller eruptions would occur, causing some ash to blow, but nothing as significant as what occurred on May 18, 1980.

In 2004 there was a reawakening of Mount St. Helens. It erupted slowly over 3 and a half years, pumping lava into the crater it had created in 1980.

In the 40 years since the eruption, the mountain has largely recuperated. It continues to be studied to help scientists understand more about volcanoes and eruptions.

RELATED: Mount St. Helens bounceback is partly due to a pesky animal 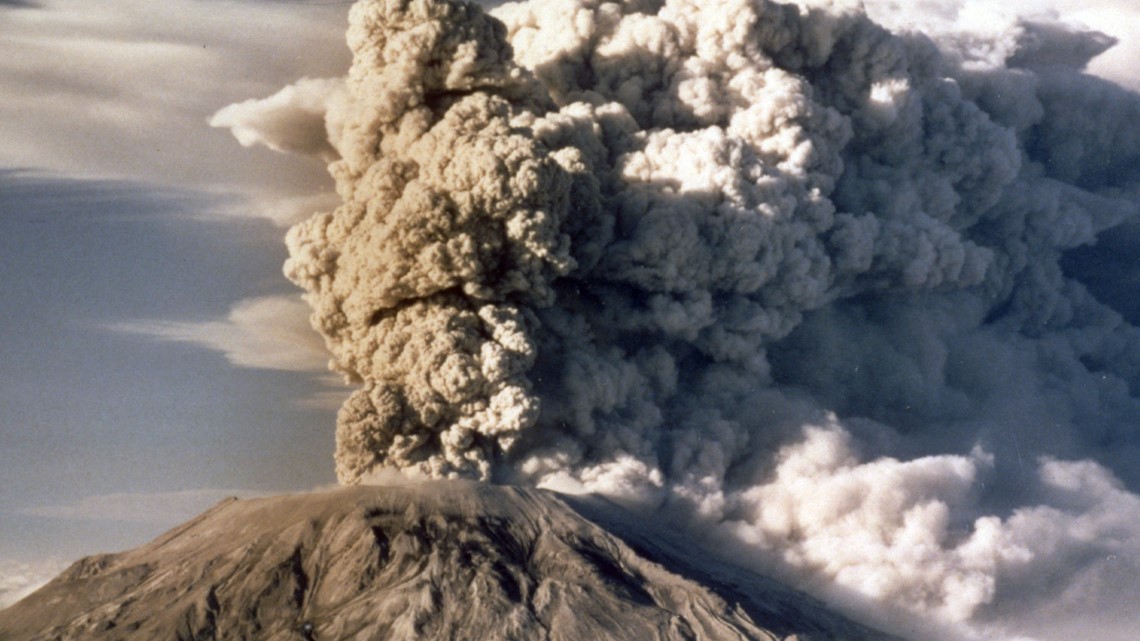 Find more raw footage of Mount St. Helens before and after the eruption on our YouTube channel.