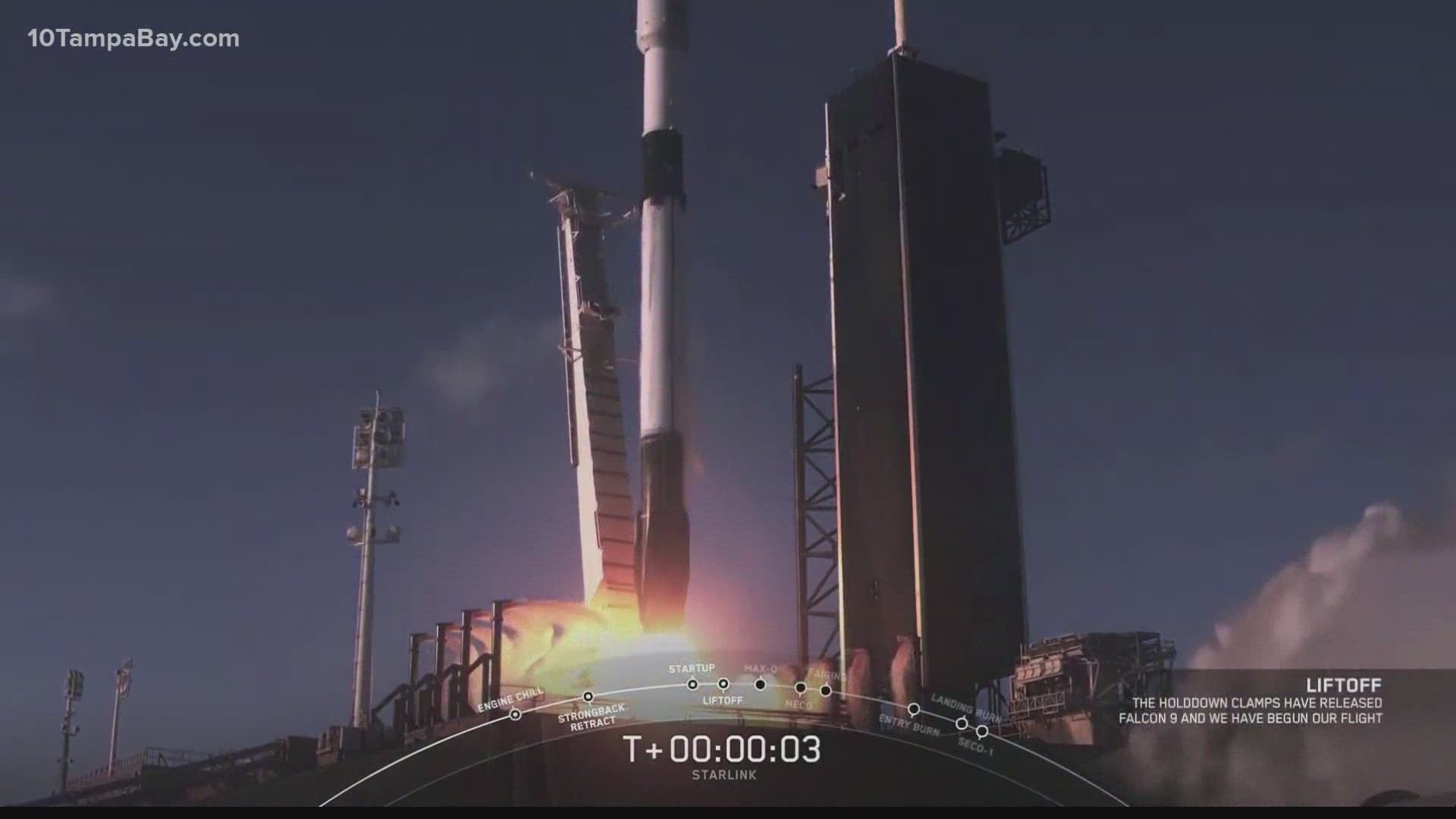 CAPE CANAVERAL, Fla. — So far, so good for SpaceX's latest launch to send another batch of Starlink satellites to orbit.

At 8:25 a.m. Sunday, the company fired off its Falcon 9 rocket for liftoff from Launch Complex 39A at Kennedy Space Center.

The weather wasn't an issue. Some clouds and liftoff winds were predicted to pose an issue, but the odds weren't too bad -- the rocket was forecast to have 70-percent "go" conditions, according to the 45th Weather Squadron.

The launch is considered Starlink-13, the 14th mission to send broadband internet satellites into orbit.

SpaceX updated the Federal Communications Commission earlier in the week, saying Starlink has "begun beta service for users across multiple US states," PC Magazine reported. One slide provided to the agency showed SpaceX is prioritizing service to emergency responders and to those areas that have no internet connectivity.

While responding to a devastating wildfire in Maldon, Washington, the state's emergency management tweeted it used SpaceX's Starlink service as part of relief efforts.

Happy to have the support of @SpaceX’s Starlink internet as emergency responders look to help residents rebuild the town of Malden, WA that was overcome by wildfires earlier this month. #wawildfire pic.twitter.com/xUSQOjcT4T

The company hasn't yet rolled out a way for users to test out the service.

SpaceX says there are at least 700 Starlink satellites currently in orbit.