O.H. Ivie and Grapevine lakes have been upgraded to being "fully" infested with invasive zebra mussels.

AUSTIN, Texas — The Texas Parks and Wildlife Department has upgraded O.H. Ivie Lake near San Angelo and Grapevine Lake in the Dallas-Fort Worth area, to fully “infested” with invasive zebra mussels, a TPWD press release said.

The status change is a result of recent sampling efforts that revealed new evidence of reproducing and growing populations of zebra mussels in the two lakes. Previously, individual zebra mussels had been found on separate occasions and the lakes were designated as “positive” for them.

Zebra mussels were first discovered in O.H. Ivie Lake in March 2019, when four adult zebra mussels were found by the Colorado River Municipal Water District in an above-ground storage tank near San Angelo, that is part of the lake’s water transmission system. In November 2019, a single zebra mussel larva was found in a sample from another area of the lake and the lake was designated “positive.”

This year, microscopic zebra mussel larvae were found in plankton samples collected in June from five locations in O.H. Ivie Lake. In July, TPWD Inland Fisheries staff from San Angelo and Abilene surveyed the lake for evidence of settled adults and numerous zebra mussels were found throughout the reservoir, indicating a growing population, according to the release.

Lynn Wright, the San Angelo Inland Fisheries district supervisor said in the release, “Zebra mussels becoming established in O.H. Ivie is a big concern. O.H. Ivie Reservoir supports one of the best trophy largemouth bass fisheries in Texas, not to mention quality crappie, blue catfish and white bass populations. Zebra mussels compete for food with other filter-feeding species such as shad that are important prey for these species. Anglers travel from all over West Texas to fish O.H. Ivie and this increases the risk that zebra mussels could be spread to other reservoirs by boats. It’s going to be very important for boaters to practice clean, drain, and dry when leaving O.H. Ivie, because we don’t want zebra mussels to spread to other reservoirs in West Texas or elsewhere.”

The United States Geological Survey (USGS), which helps monitor for zebra mussels in Texas lakes and rivers, has been monitoring Grapevine Lake since 2011.

“We have observed zebra mussels in Grapevine Lake for several years but never found them in large numbers. Recent findings could be an indication that zebra mussels are establishing a population in the reservoir,” Dr. Christopher Churchill, chief of North Texas Studies at the USGS Oklahoma-Texas Water Science Center, said.

Follow-up surveys conducted by TPWD Inland Fisheries staff from Fort Worth found two additional adult zebra mussels attached to rocks in the same vicinity but not elsewhere in the reservoir. These findings indicate that zebra mussels are established, and a population is developing in the lake.

“Unfortunately, zebra mussels have infested several reservoirs in the Dallas Fort Worth area,” Rafe Brock Inland Fisheries Fort Worth District Supervisor said in the release. “Grapevine becoming infested is not surprising, but it is disappointing. We hope that the impacts to fish populations are minimal on Grapevine and want to stress to boaters to clean, drain, and dry their boats when leaving any reservoir.”

“Boaters can help keep zebra mussels and other invasive species from being moved and harming more lakes by taking a few minutes to properly clean, drain and dry boats and equipment before they leave the lake,” Monica McGarrity, TPWD Senior Scientist for Aquatic Invasive Species Management, said. “Taking just a few minutes for these simple steps can help prevent impacts on ecosystems, infrastructure, and recreation and make a huge difference in our efforts to protect and preserve Texas lakes for future generations.”

A status map of these lakes can be found at tpwd.texas.gov/zebramussels.

The transport of aquatic invasive species can result in legal trouble for boaters or transporters. Transporting prohibited invasive species in Texas is illegal and punishable with a fine of up to $500 per violation. Boaters are also required to drain all water from their boat and onboard receptacles, including bait buckets, before leaving or approaching a body of fresh water.

For more information on how to properly clean, drain and dry boats and equipment, visit the TPWD YouTube channel for a short instructional video. To learn more about zebra mussels and other invasive species in Texas, visit tpwd.texas.gov/StopInvasives. Information for marinas and owners of boats stored in the water on lakes with zebra mussels can be found at tpwd.texas.gov/decon.

TPWD and partners monitor for zebra mussels in Texas lakes, but anyone who finds them in lakes where they haven’t been found before should report them by emailing photos and location information to aquaticinvasives@tpwd.texas.gov to help identify new introductions. Anyone who spots them on boats, trailers or equipment that is being moved should immediately report the sighting to TPWD at 512-389-4848.

RELATED: A small aquatic visitor from across the world may be here in West Texas 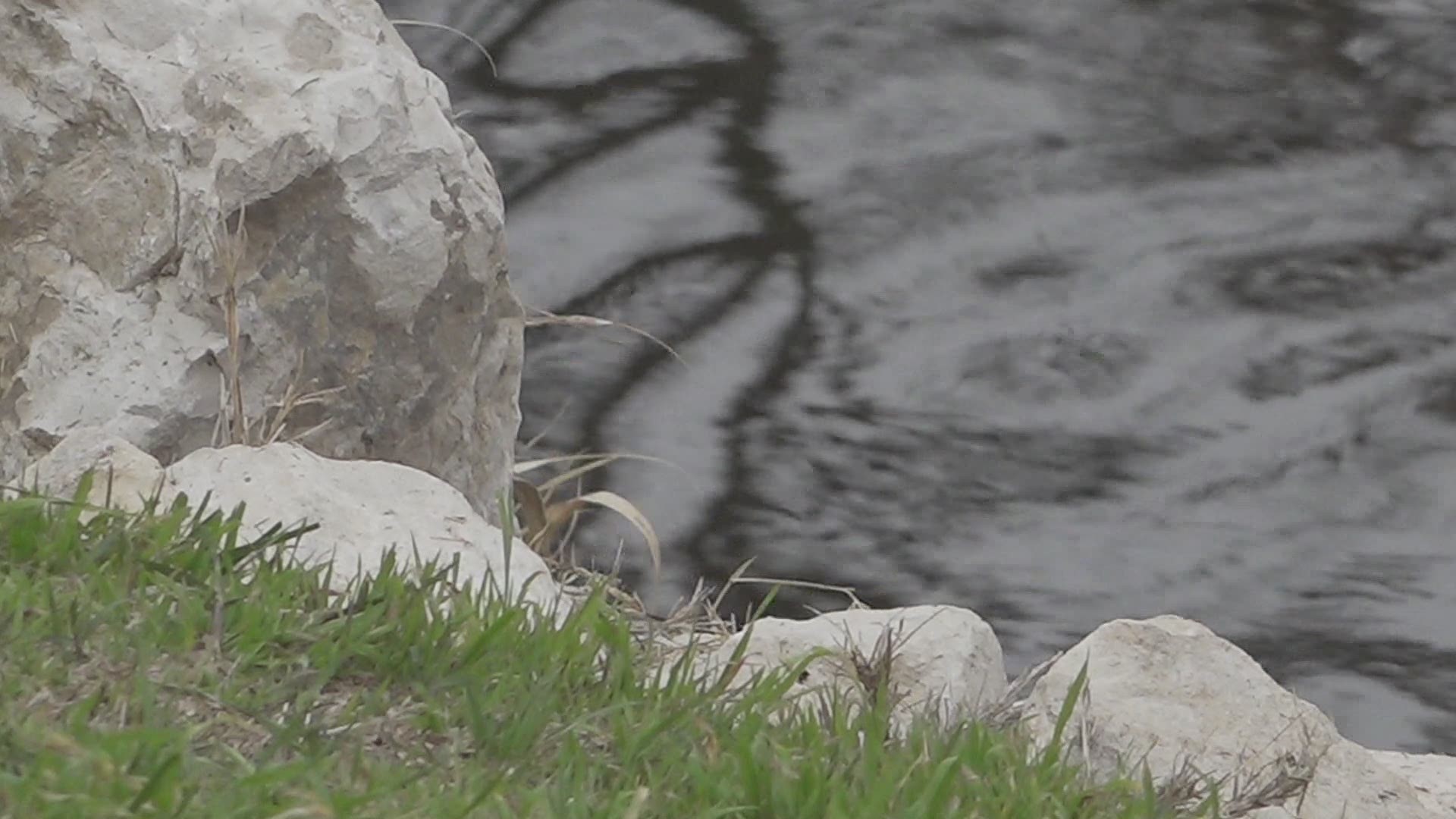