Man, dog ejected from rollover crash on Galveston Causeway into the water below

Police said all of the victims were in a Jeep that struck a concrete barrier and rolled on the causeway. 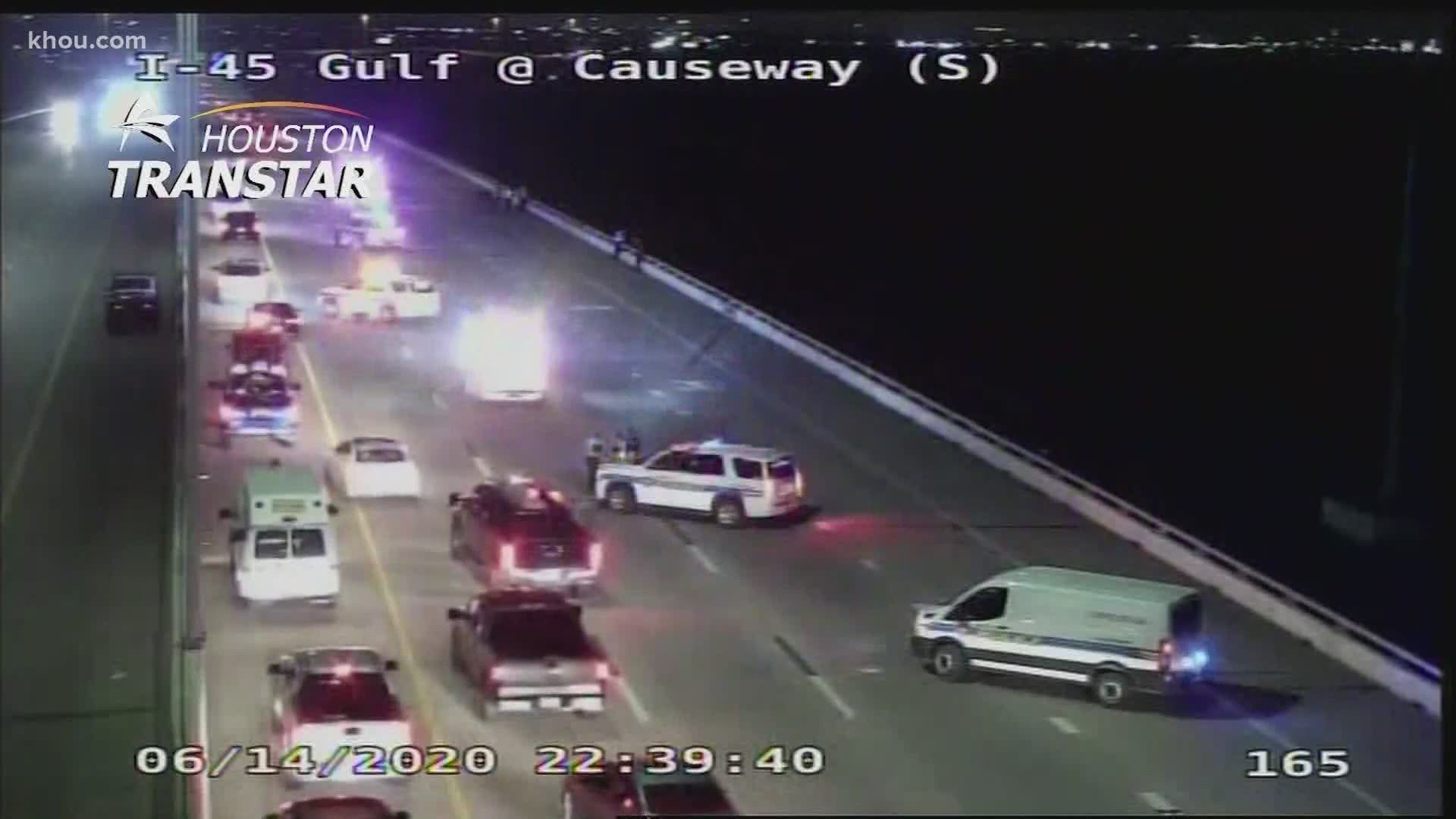 GALVESTON, Texas — Two men were taken to area hospitals with critical injuries as crews continued searching into the night for a third man who was ejected from a Jeep in a crash on the Galveston Causeway late Sunday night.

Police said three men in their 20s and a dog were in a Jeep just after 8 p.m. when it crashed into a guardrail in the northbound lanes of I-45, near the Tiki Island Exit. Authorities said the Jeep rolled, ejecting one of the men and the dog.

The missing man has been identified as 20-year-old Kent Zavala, a Crosby firefighter.

The other two men were taken to an area hospital with life-threatening injuries.

Police said it's unclear who was driving the vehicle, and it's also unclear if anyone was wearing a seat belt at the time of the crash.

According to Houston TranStar, three vehicles were involved in the crash and all outbound I-45 lanes were closed, causing major traffic issues. Vehicles were seen getting by the scene at very low speeds on the left shoulder of the highway.

The causeway has since reopened but not after significant delays.

On social media, some motorists said they waited in traffic for two hours to try and get off the island before they gave up and got a motel for the evening.