The driver of the tractor-trailer was issued a citation at the scene. 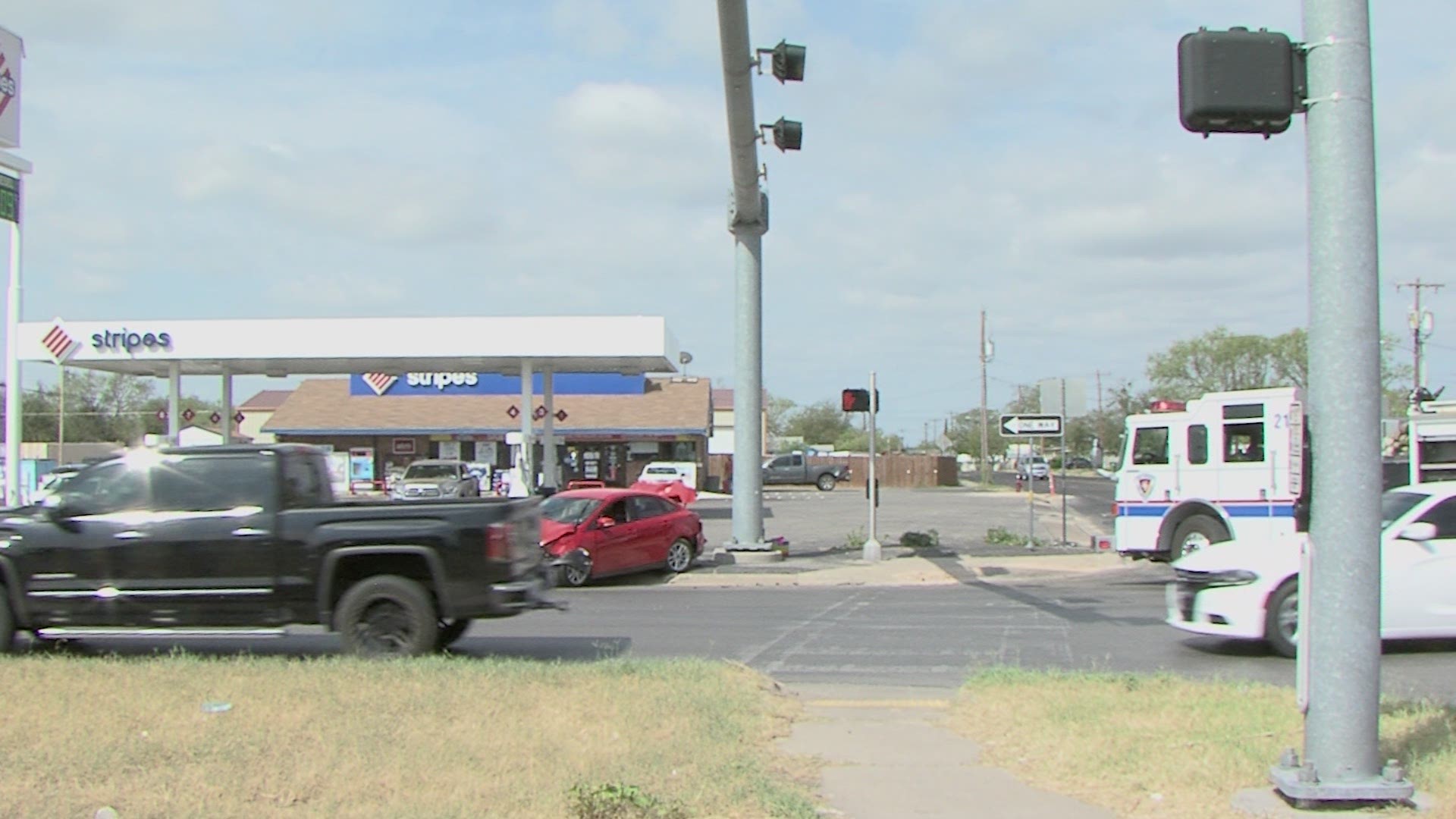 SAN ANGELO, Texas — No injuries were reported Friday morning after a collision between a tractor-trailer and a sedan at the intersection of North Bryant Boulevard and 19th Street.

A witness and the driver of the semi stated that the light for Bryant had turned red," Younts said. "The semi couldn't get his vehicle stopped in time and went through the red light. The driver of the red passenger car didn't see him coming, but she did have the green light."

"Her light turned green, she took off, he was coming through and the collision occurred," Younts said.

The driver of the sedan was evaluated at the scene, but was not complaining of any injuries, he said.

The driver of the tractor-trailer was issued a citation for disregarding a red light.