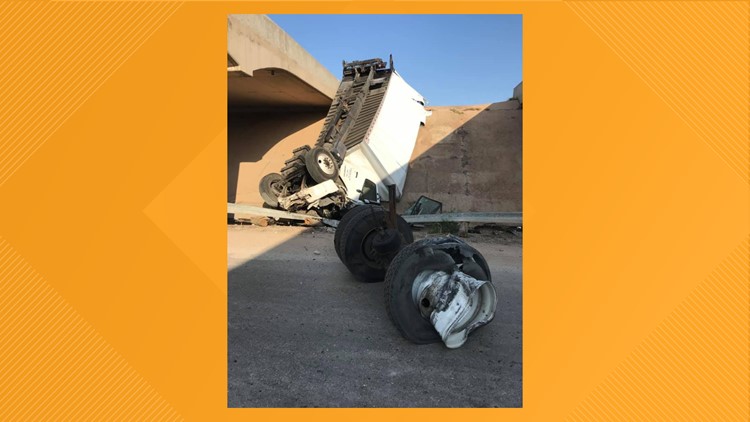 A portion of FM 1235 and Interstate 20 was closed Tuesday after a major single-vehicle crash involving an 18-wheeler.

According to a press release from the Merkel Police Department, at approximately 8:14 a.m., MPD officers were dispatched to the underpass at FM 1235 and Interstate 20 for a report of a major crash involving a tractor- trailer.

Officers found the driver, Klayton Isbell, 21, of Fort Worth, who only displayed minor injuries. Isbell admitted to officers that he was traveling west on I-20 when he fell asleep. When he woke up, he over-corrected and lost control of the 18-wheeler resulting in it going off the embankment at FM 1235 and I-H 20. Isbell was issued a warning for not maintaining a single lane and a citation for failing to control speed.

Because of the large amount of diesel fuel present at the scene, the Merkel Volunteer Fire Department responded to cleanup. An hazmat/environmental company was on scene to facilitate the cleanup. The Texas Department of Transportation was also contacted to inspect the overpass to ensure there were no integrity concerns for the bridge.

The Tye Police Department and Taylor County Sheriff's Office are both assisted with the crash scene.