About 33.7 million passengers went through Denver International Airport in 2020, still likely making it the third-busiest airport in the U.S. in an unusual year. 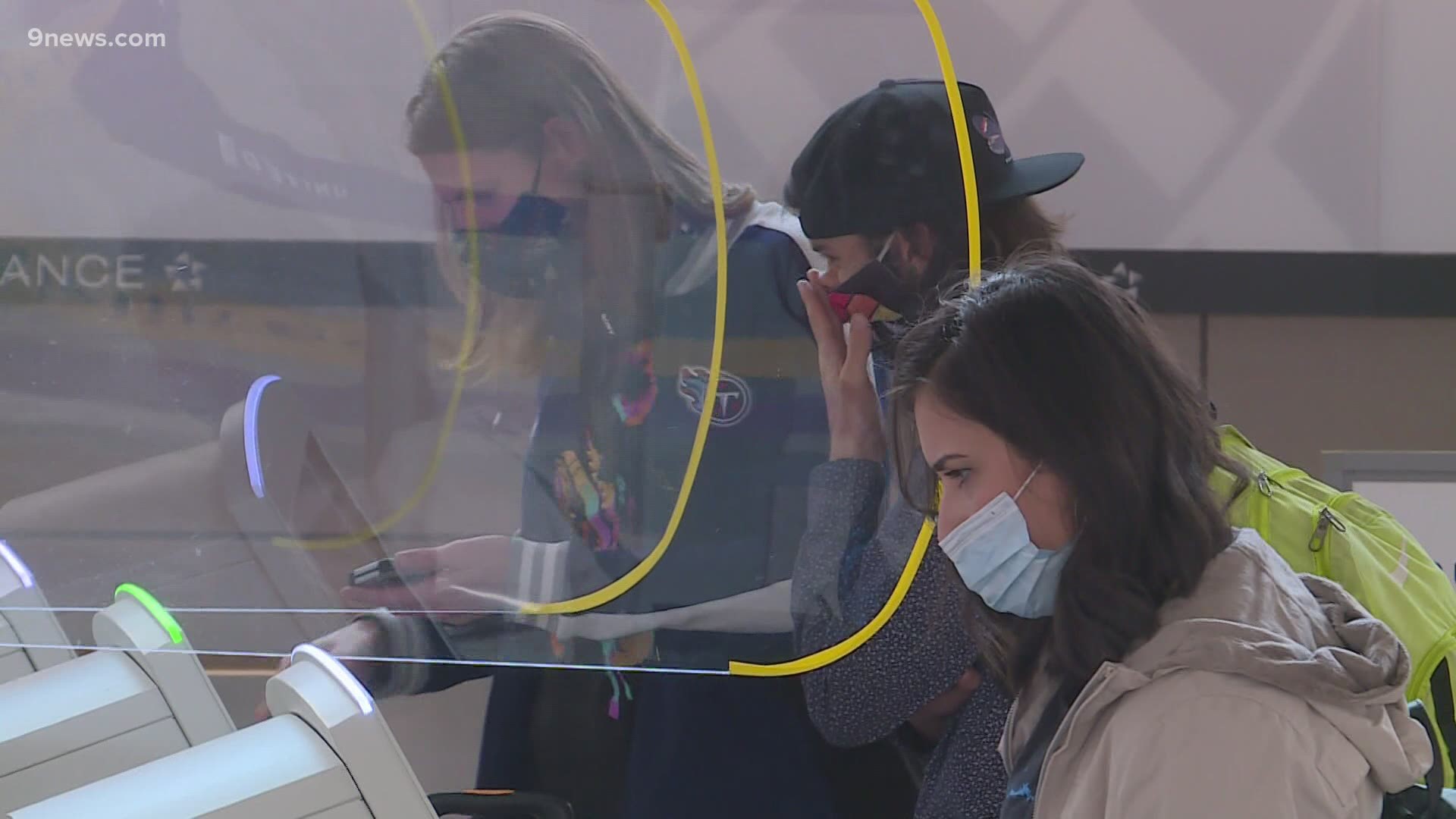 DENVER — In its 25th year of operations, Denver International Airport (DIA) finished out 2020 with 33.7 million passengers, which was a drop of 51% from the year before, the airport announced on Monday.

The last time DIA had similar passenger traffic was in 1997, two years after it opened, when 34.9 million passengers came through, DIA said in a press release. By comparison, 2019 was DIA's sixth consecutive year of growth with more than 69 million passengers.

The coronavirus pandemic disrupted travel when it hit the U.S. early last year. DIA saw its passenger traffic drop from 4.9 million in February to 2.9 million in March to a dismal 299,098 in April.

Its lowest number of passengers came through on April 15, when only 2,026 people passed through TSA checkpoints, the airport said.

RELATED: Haunting photos show just how empty DIA is because of the coronavirus pandemic

For 75 days between April 2 and June 15, DIA had no international flights, and overall international traffic for the year declined by 70 percent from 2019, DIA said. Last year was the first time since 2003 that the airport had fewer than 1 million international travelers.

DIA was often ranked as the busiest airport in the U.S. throughout the summer and fall, according to the release.

"2020 was a year like we've never seen before in the aviation industry," DIA CEO Kim Day said in the release. "After starting with a precipitous 96% plunge in passenger traffic, DEN's traffic has rebounded better than we predicted and finished 2020 ahead of our projections."

DIA finished 2020 with service to more than 160 domestic destinations and nonstop flights to 16 nonstop international cities.

The airport's mail, freight and cargo operations decreased only 1.6% from 2019, with 667 million pounds of cargo transported during the year.