Starting July 1, some American Airlines flights will be booked to capacity

The airline currently has travel waivers allowing customers to rebook without a change fee. That's for any travel through September 30 of this year. 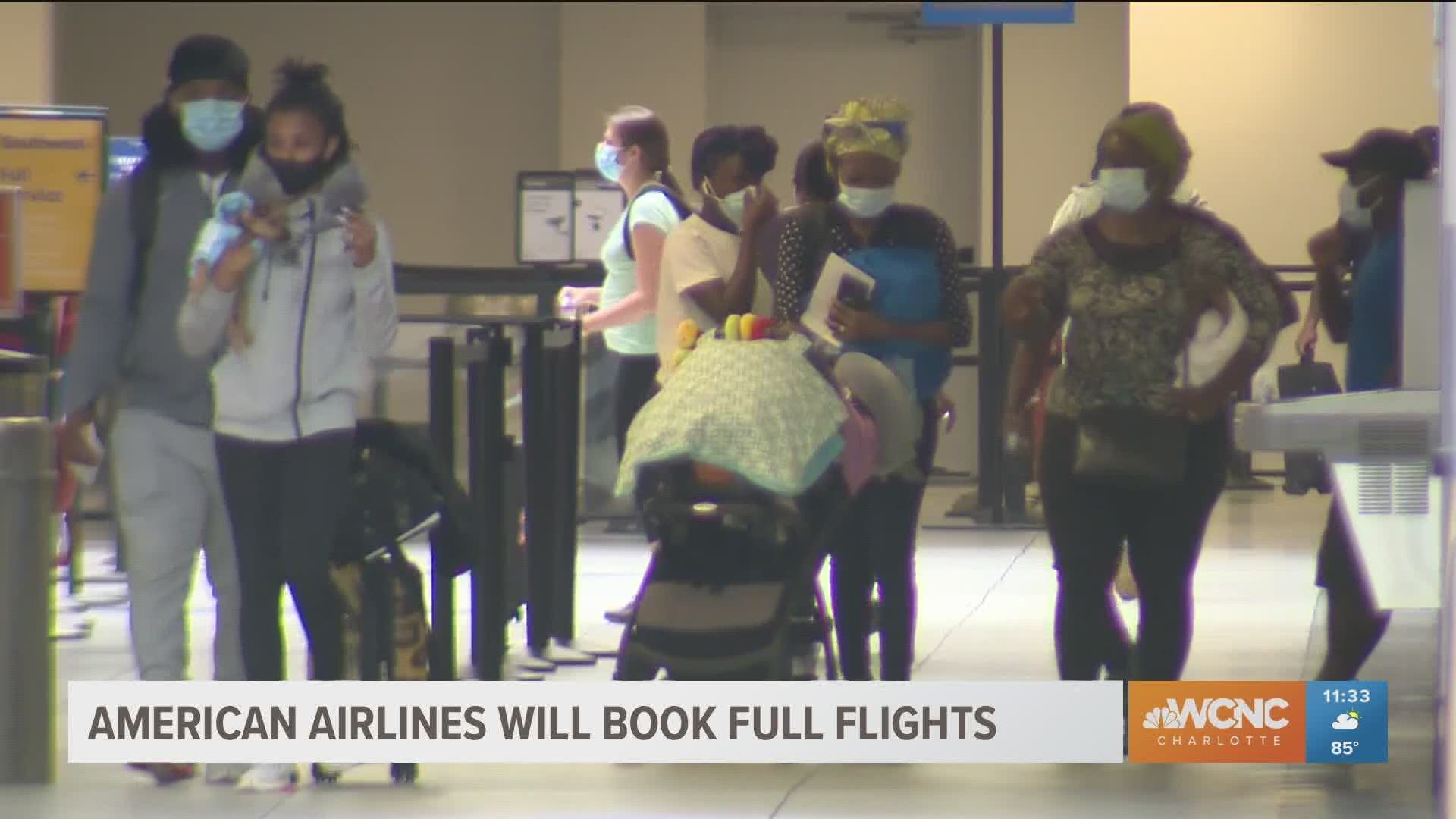 CHARLOTTE, N.C. — American Airlines confirmed that starting July 1, flights will be allowed to be booked to capacity.

“American will continue to notify customers and allow them to move to more open flights when available, all without incurring any cost," an American Airlines spokesperson said in a statement.

The airline currently has travel waivers allowing customers to rebook without a change fee. That's for any travel through September 30 of this year.

American Airlines will also allow customers to move seats within their ticketed cabins when space is available on flights after flights have been boarded, and once balance restrictions are taken into consideration.

It comes just days after Charlotte Douglas Internation Airport announced that masks will be required throughout the airport, in compliance with the statewide mandate in North Carolina.

Robert Stafford, who had just landed back in the Queen City after a red-eye flight, said he wasn’t expecting his flight to be as full as it was.

"I didn't think I was going to be sitting three to a seat but the plane was packed,” he said. Stafford doesn’t plan to fly again unless there is a guarantee of social distancing.

“I kept using hand sanitizer, everyone was wearing a mask, so you do what you can but there’s not much you can do while you're sitting there,” said Stafford.