Here are the top astronomy events to mark on your calendar in December. 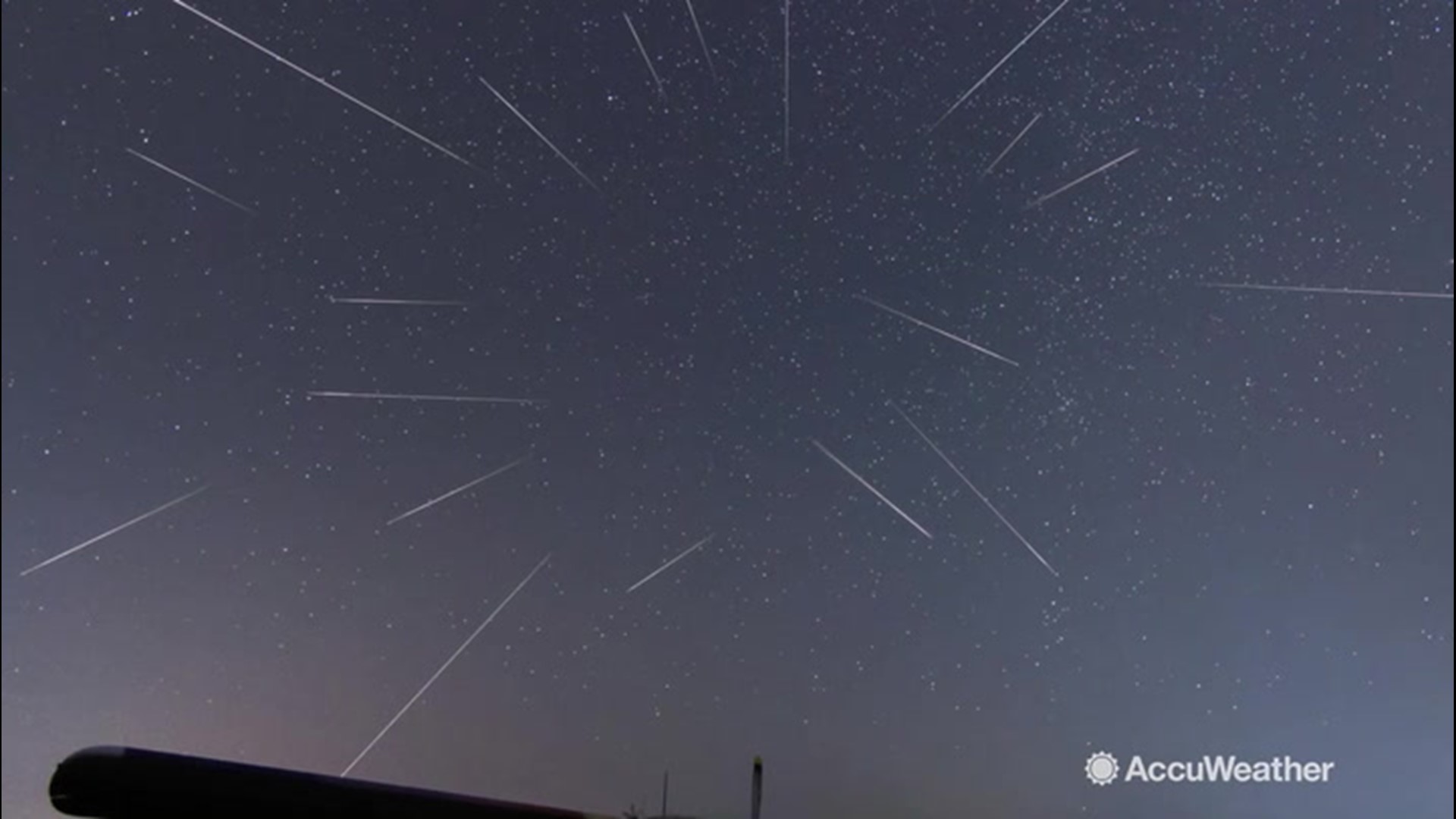 December will bring not only the official start to winter, but also the longest nights of the year. And to delight of stargazers worldwide, there will be plenty to see in the night sky.

Here are the top astronomy events to mark on your calendar in December:

One of the most reliable meteor showers of the year will peak near the middle of the month, but it will have some competition in the night sky.

"The Geminids are usually the strongest meteor shower of the year and meteor enthusiasts are certain to circle Dec. 13 and 14 on their calendars," the American Meteor Society (AMS) explained on their website.

The shower may bring as many as 150 meteors per hour this year on the night of Friday, Dec. 13 into the early morning of Saturday, Dec. 14, according to the AMS. Unfortunately, many of the meteors may go unnoticed as the Geminids peak just one night after the full moon. The abundance of light pollution from the nearly full moon will wash out many of the dimmer meteors, reducing the number of visible meteors from 150 per hour to closer to 20 or 30 per hour. For the best chance to see some shooting stars, onlookers should watch darker areas of the sky away from moon.

Later in the month, the final meteor shower of the year will reach its peak. On the night of Dec. 21 into the early morning of Dec. 22, folks can look to the sky to view the Ursids, which will bring around 10 meteors per hour.

The nights around the time of the December Solstice are the longest of the entire year, but stargazers looking to take advantage of the extended darkness will need to bundle up to stay warm during the first nights of winter.

Meteorological winter kicks off on Dec. 1, but astronomical winter, what most people consider the official start of the season, takes place on Dec. 21 at 11:19 p.m. EST. Dec. 21 is not only the start of winter for the Northern Hemisphere, but it also features the shortest days and the longest nights. This is due to the Earth being tilted on its axis.

Meanwhile, Dec. 21 makes the official start to summer for those across the Southern Hemisphere.

The final solar eclipse of the decade will take place the day after Christmas, but only certain parts of the world will be able to see the moon pass directly between the Earth and the sun.

An annular solar eclipse will be visible in parts of the Middle East, southern Indian and Indonesia, with the balance of the region experiencing a partial solar eclipse. This type of eclipse is sometimes called a ‘ring of fire' eclipse. This is because the moon is near the point in its orbit where it is farther away from the Earth, making it appear not quite large enough to completely cover the face of the sun.

To see the event, people will need to be in the right place at the right time. More importantly, viewers will need to wear proper eye protection to avoid permanent eye damage from the sun's harmful rays.

Looking back at November

Monday, Nov. 11 featured one of the top astronomy events of the entire year as Mercury passed directly between the Earth and the sun, a rare event known as a transit. This was the last transit for 13 years and was visible across Africa, Europe and the Americas.

Just hours after the Mercury Transit, an incredibly bright meteor, known as a fireball, streaked over Missouri, lightning up the entire night sky. Hundreds of people across the region saw the fireball with reports coming in as far away as Oklahoma and South Dakota.

November featured three meteor showers, with the last of the trio coming as a bit of a surprise. The Northern Taurids peaked on Nov. 11 into Nov. 12, while the Leonids peaked just five nights later. However, it was the usually quiet alpha Monocerotid meteor shower that stole the spotlight.

Some astronomers thought that the alpha Monocerotids would turn into a rare ‘meteor storm' with hundreds of meteors in under an hour, but on the night of the shower, onlookers spotted just a few dozen meteors rather than a few hundred.

November was another big month for the future of spaceflight as Boeing's new Starliner spacecraft, designed to launch astronauts into space, rolled out to the launch pad. The first flight of Starliner is slated for mid-December.

SpaceX was also working on their future Starship spacecraft. However, on Wednesday, Nov. 20, the stainless-steel spacecraft suffered an anomaly with the top of the craft exploding during a pressure test.

While spaceflight companies looked to the future, AccuWeather reflected on the past, recounting the launch of Apollo 12 on the 50th anniversary of the start of the mission. Apollo 12 almost ended in disaster after lightning struck the rocket just 36 seconds after liftoff.

On the other side of the globe, China launched two navigation satellites into orbit in late November, but the launch made headlines after part of the rocket landed on a nearby settlement in China's Sichuan Province.