The annual Orionid meteor shower will reach its climax tonight. 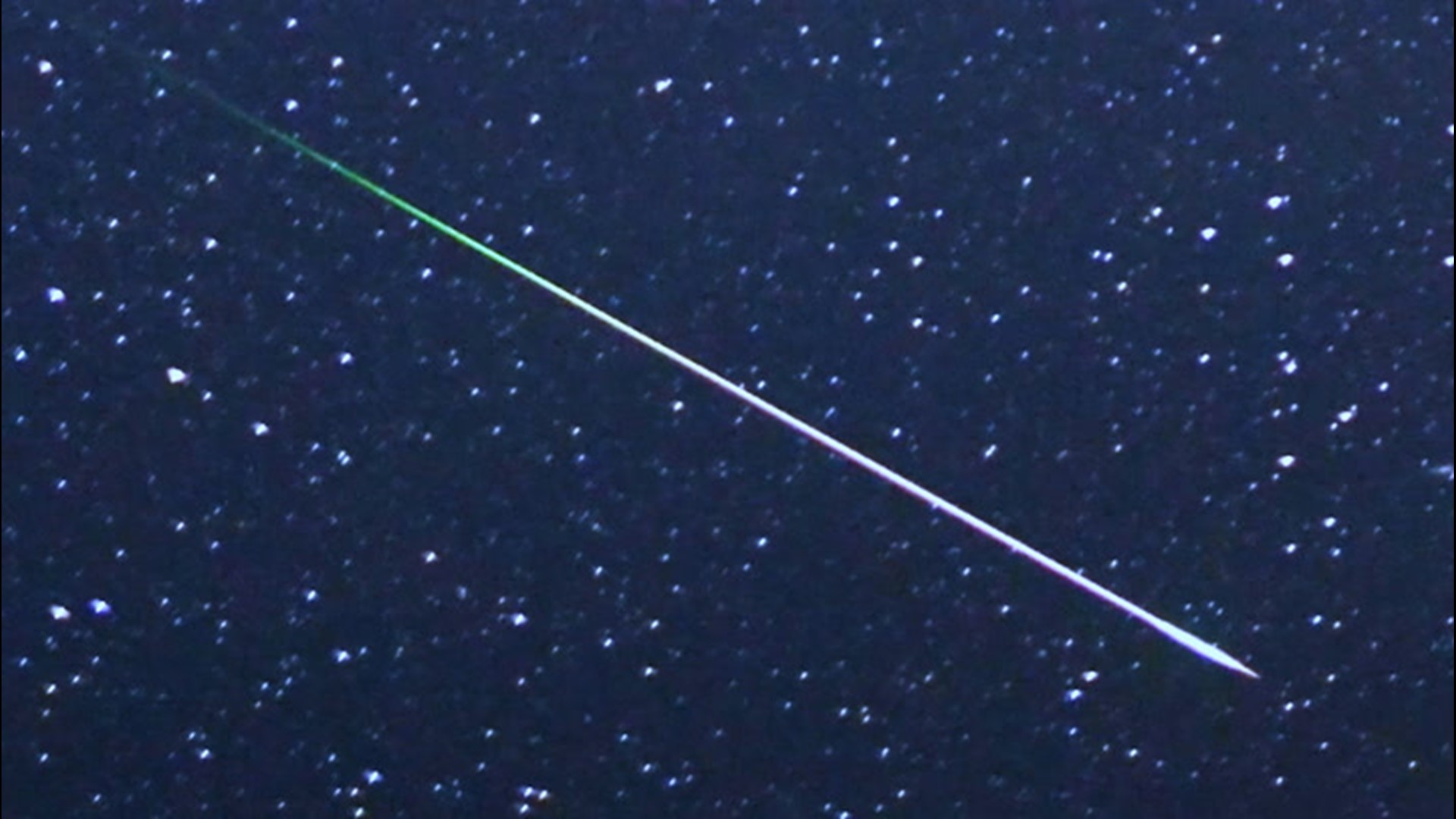 One of the best meteor showers of autumn is set to peak tonight, providing skywatchers a great opportunity to spot some shooting stars ahead of the long, but frigid, winter nights that are right around the corner.

The annual Orionid meteor shower will reach its climax tonight into the early hours of tomorrow morning, featuring around 20 meteors per hour across much of the globe. This averages out to a meteor every few minutes.

Although just under two dozen meteors per hour are likely, there is a chance that this year's showing of the Orionids could outperform expectations.

"There is some evidence that a larger than usual peak may occur sometime between 2020 and 2022," NASA said.

It is unclear how many meteors per hour this translates to, but between 2006 and 2009, which were exceptional years for the Orionids, observers counted 50-75 meteors an hour, according to the AMS. Despite this chance, onlookers should curb expectations for an outburst like this as meteor showers are known for being difficult to predict.

Meteor showers occur when the Earth passes through a field of debris left behind by a comet. This debris is very small, roughly the size of a grain of sand, but burns with intensity when entering Earth's atmosphere.

The comet responsible for the annual Orionids is one of the most famous comets: Halley's Comet.

Halley's Comet sparks two meteor showers every year, the Eta Aquarids in early May and the Orionids in mid-October, even though it only passes through the inner solar system once every 75 years.

While this meteor shower is caused by Halley's Comet, it is named after Orion as the shooting stars will appear to radiate from a point in the sky right next to the constellation.

Like many meteor showers, the best time to view the Orionids will be after midnight as the radiant point rises and climbs higher in the sky leading up to daybreak.

This year will be a particularly good year for the Orionids as the crescent moon will set before the radiant point rises in the southeastern sky.

When the moon is above the horizon, it emits natural light pollution that can reduce the overall number of shooting stars that are visible to the naked eye.

This year's rendition of the Orionids will be best seen from the southwestern and south-central portions of the U.S. where mainly clear conditions are in the forecast. Some residents across the southeastern U.S. will also have favorable weather for the peak night of the shower.

Clouds will be a concern for folks across the Midwest, Ontario, southern Quebec and northern New England as a disturbance tracks over the region. Poor viewing conditions are also likely for parts of the Pacific Northwest and across western parts of Canada.

The rest of the continent will have some clouds to deal with, but there could be enough breaks in the clouds to allow some meteors to be seen on peak night.

Where it is clear, onlookers may want to bundle up for the cool October nights, but it will be just a taste of the weather to come down the road.

The Orionids will be the last moderate meteor shower before the frigid wintry conditions descend across most of North America, making it too cold for some stargazers to enjoy a night under the stars. Fair weather stargazers may have to wait until April or May for the next opportunity to watch a meteor shower on a mild night.

After the Orionids, the next meteor shower on the calendar is the Leonids, which peaks on the night of Nov. 16 into Nov. 17, followed by the highly anticipated Geminids during the second weekend of December.