Rain chances will be highest on Friday as a weak cold front moves in. Expect cooler temperatures by Saturday. 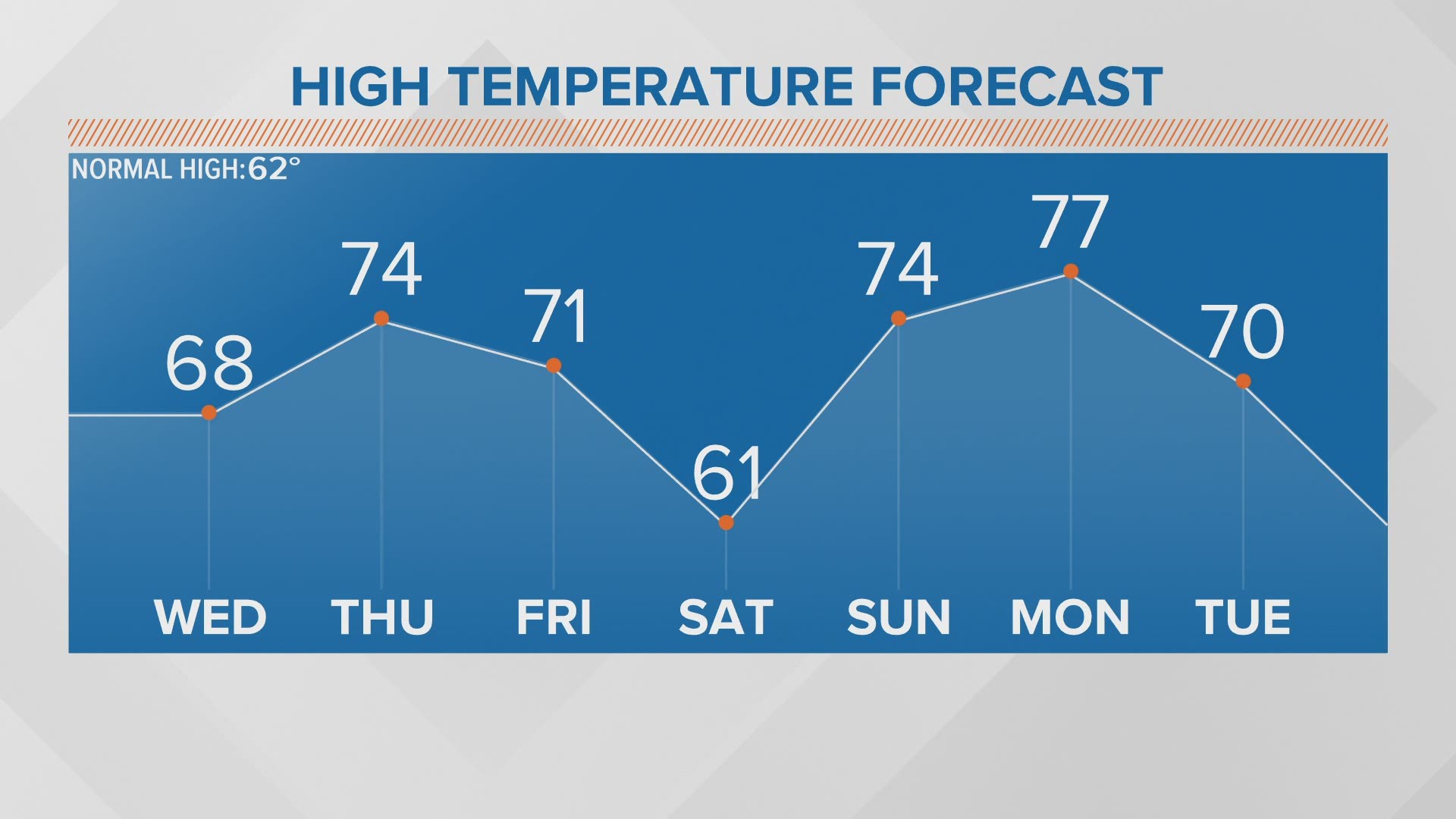 NEW ORLEANS — A weak cool front in the area means it will be slightly cooler today, but still above average with highs in the upper 60s. We'll also see more clouds Wednesday, but don't expect any rainfall.

Tonight will be a cool, but fairly mild winter night. We could see some patchy fog develop by Thursday morning. Thursday afternoon will be in the mid 70s with mostly cloudy skies. We could see a few showers, but most will stay dry.

The best shot of rain comes on Friday as our next cold front moves in. Highs will be in the low 70s with mostly cloudy skies.

By this weekend we'll be cooler on Saturday with a few lingering showers possible. Highs will struggle to get out of the upper 50s, but most should touch the lower 60s Saturday afternoon. It doesn't last long as warmer air moves back in on Sunday with highs in the low to mid 70s.

The chance for rain and a stronger cold front arrives by Tuesday of next week.

► Stay in the know with Southeast Louisiana's top stories to start your workday. Sign up for the 4 Things to Know email newsletter to get headlines delivered to your inbox. Click here to sign up!