Hurricane Ida makes landfall in Port Fourchon as a Category 4 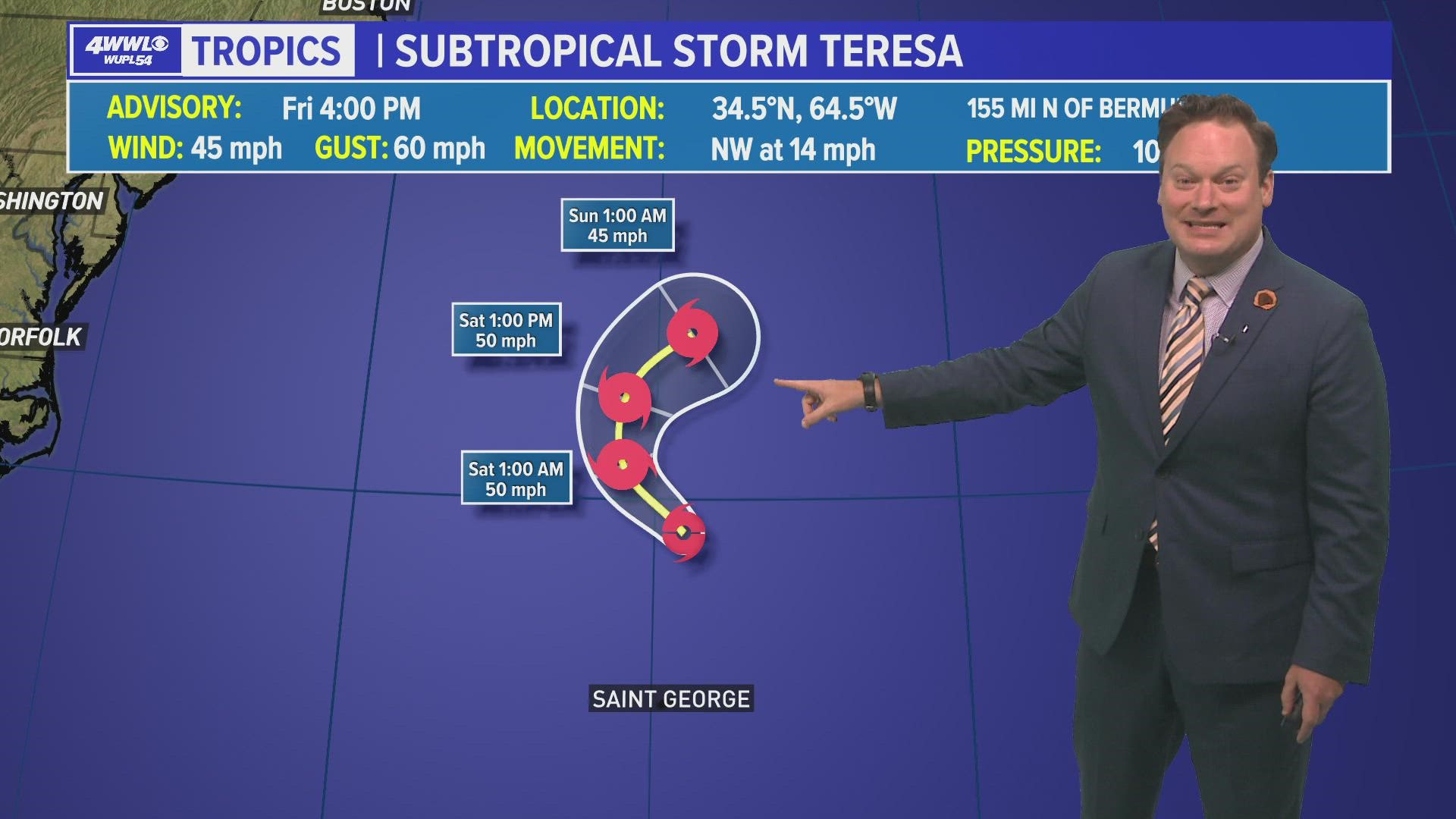 Eye on the Tropics:

Still active in the Atlantic basin with, thankfully, no threats to land at this time. The NHC has recently upgraded a system off the East coast as Subtropical Storm Teresa, which will remain offshore...also expected to dissipate either late Saturday or early Sunday. We also have Hurricane Sam in the central Atlantic. While forecast to become our 4th major hurricane of the season, it may avoid land all together throughout its life. A wave coming not yet off Africa also has a medium chance for development. We look to remain quiet for the rest of September and early October!

I posted yesterday about the 2021 hurricane season so far had to be updated with #Sam now a #hurricane and #Teresa forming. 19 named, 7 hurricanes, and 3 major...although Sam is forecast to become a major hurricane this weekend. 53% of all named storms have made landfall. pic.twitter.com/dhPRg1kUOl

► Get tropical weather headlines delivered right to your inbox by signing up for the Your Local Weather Alerts email newsletter. Click here to sign up!

The 2021 Atlantic hurricane season is forecast to produce more storms than average. The reason for this is the lack of El Nino, which typically features more wind shear. We also expect warmer than average sea temperatures and an active West African Monsoon.

After a record-breaking 2020 hurricane season, we now know the Greek alphabet will no longer be used to name storms.

The World Meteorological Organization announced the Greek alphabet will not be used in the future because it "creates a distraction from the communication of hazard and storm warnings and is potentially confusing."

There has been only one other season that used the extra set of names, and that was in 2005. The World Meteorological Organization released a new set of supplemental names that will be used if the season exhausts the standard list.

► Track the tropics with live updates delivered directly to your phone. Text APP to 504-529-4444 to download the FREE WWL-TV News app now or find us in the iOS App Store or Google Play.