It’s June and it's snowing in Colorado, because of course it is 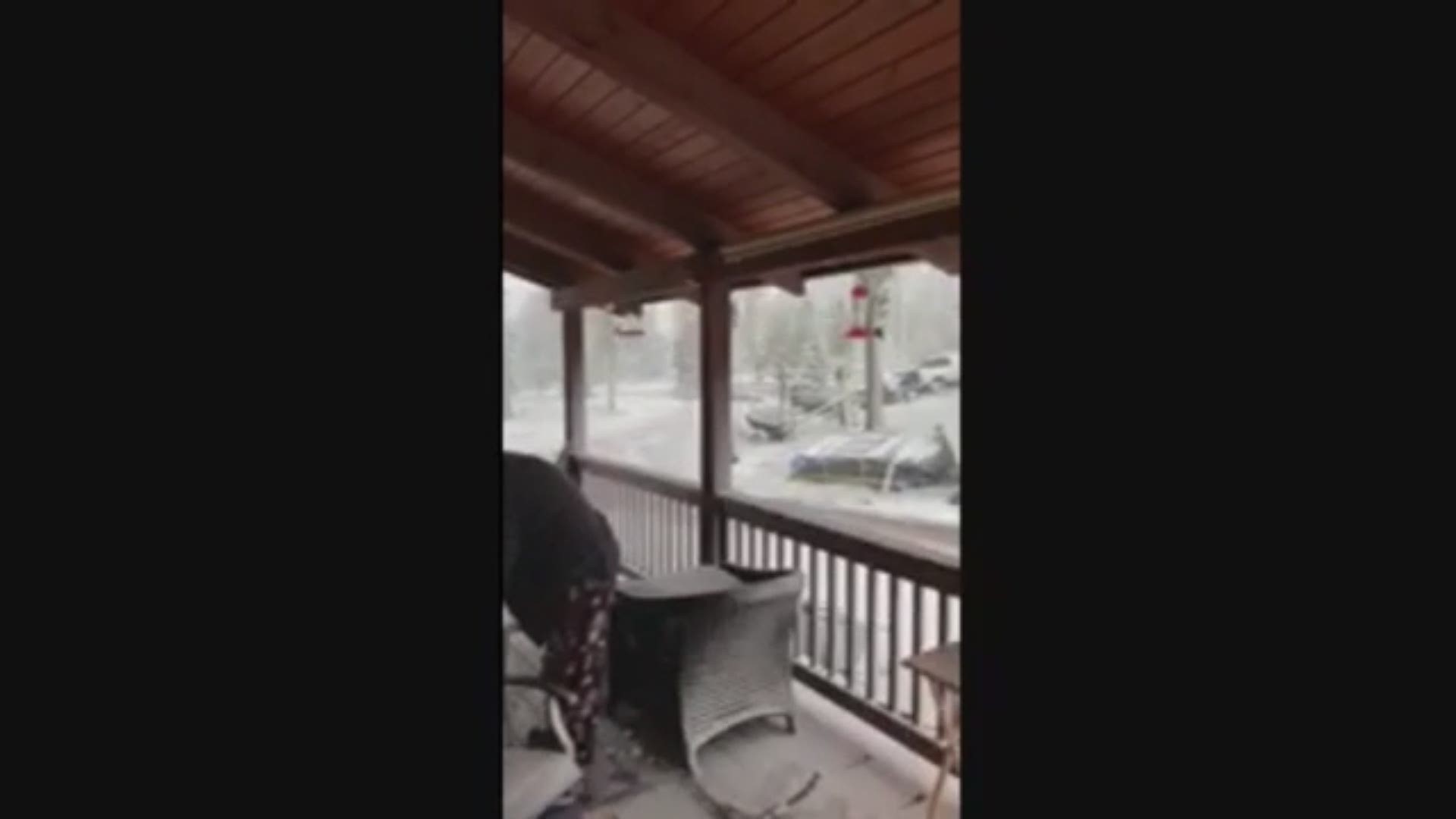 DENVER — If there’s one thing that can be known about Colorado, it’s that you should always expect the unexpected.

Case in point? Snow in June.

This was spotted on numerous Colorado Department of Transportation (CDOT) live cameras on Monday night and Tuesday morning, specifically at Rabbit Ears and Cameron passes in northern Colorado.

Rabbit Ears Pass, which is on US 40 on the way to Steamboat Springs, tops out at 9,426 feet. Cameron Pass on CO 14 between Fort Collins and Walden has a summit of 10,276 feet – so what we’re saying is that the snow happened at high elevations.

Check out the photos below for proof:

RELATED: Here are the ways you can be on 9NEWS

To submit a photo or video, email yourtake@9news.com or fill out the form here.

Credit: Courtesy CDOT
Snow on Cameron Pass the evening of 6/8/20.

It’s not like this was unexpected. 9NEWS Meteorologist Becky Ditchfield’s forecast called for snow above 10,000 feet Monday night, and accumulation could be up to 8 inches.

Rocky Mountain National Park was prepared for the return of winter weather. You can't really tell, but that's the view from the Alpine Visitor Center. Notice how it's obscured by snow?

Just four days after Trail Ridge Road reopened, it had to close again Monday night due to the possibility of multiple inches of snow blanketing the highway.

There was thunder snow in Crystal Lakes (near Leadville) as well, and at this point, nothing should surprise us.

Lower elevations could even get in on the action. We’re not talking about Denver, but places at 7,500’ feet like Evergreen could see between 3 to 6 inches of snow by the time the cold front that’s sweeping over the state leaves.

Tuesday will be much colder than it’s been lately in Denver, with a high of just 67 degrees. Don’t worry though: Colorado will be back to the 90s by the weekend. 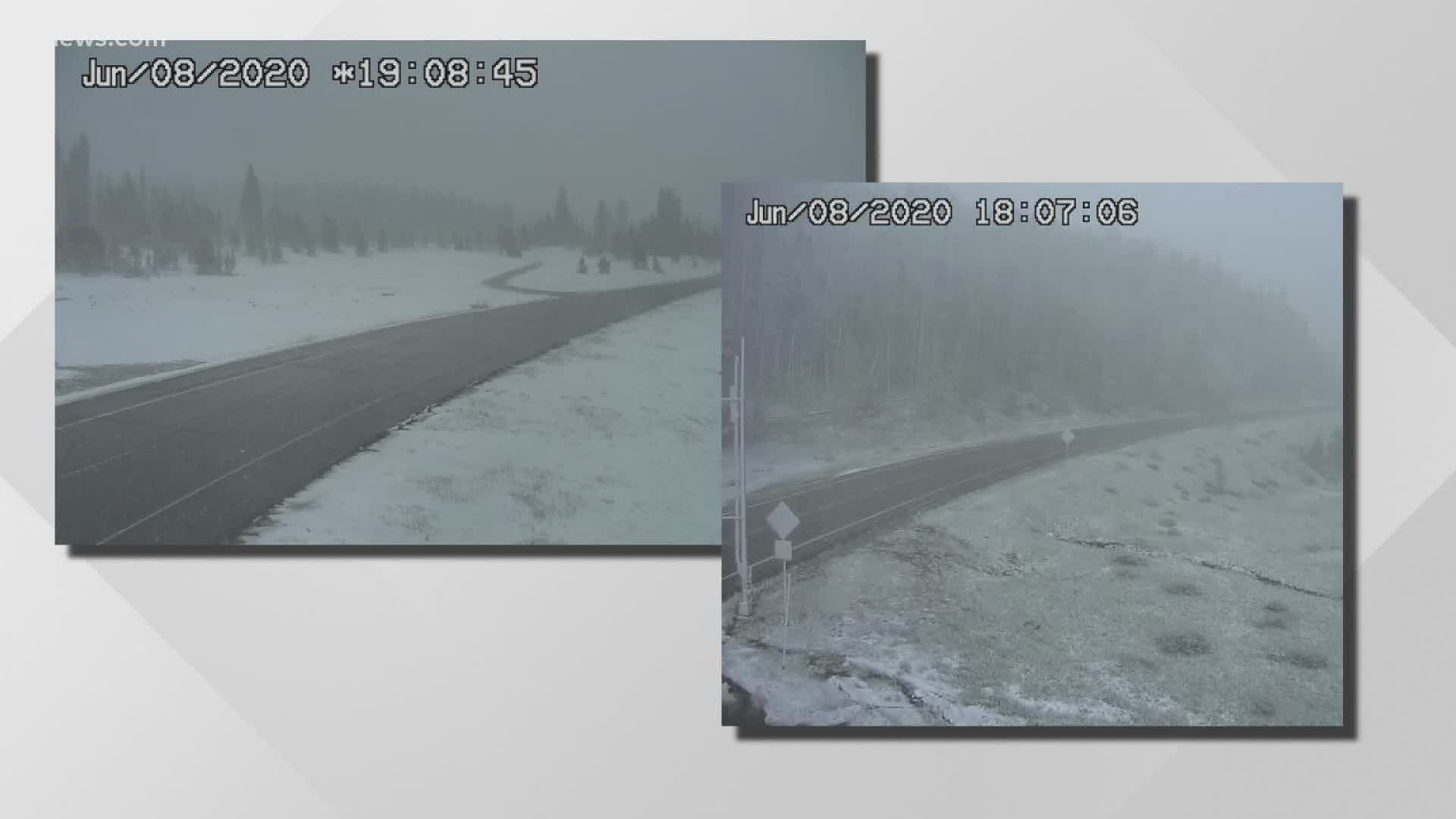 RELATED: That weird storm that hit Colorado on Saturday is called a 'derecho,' and they're super rare