Storms will develop in the Permian Basin during the mid-afternoon hours. They will push eastward throughout the evening. Tornadoes will be possible. 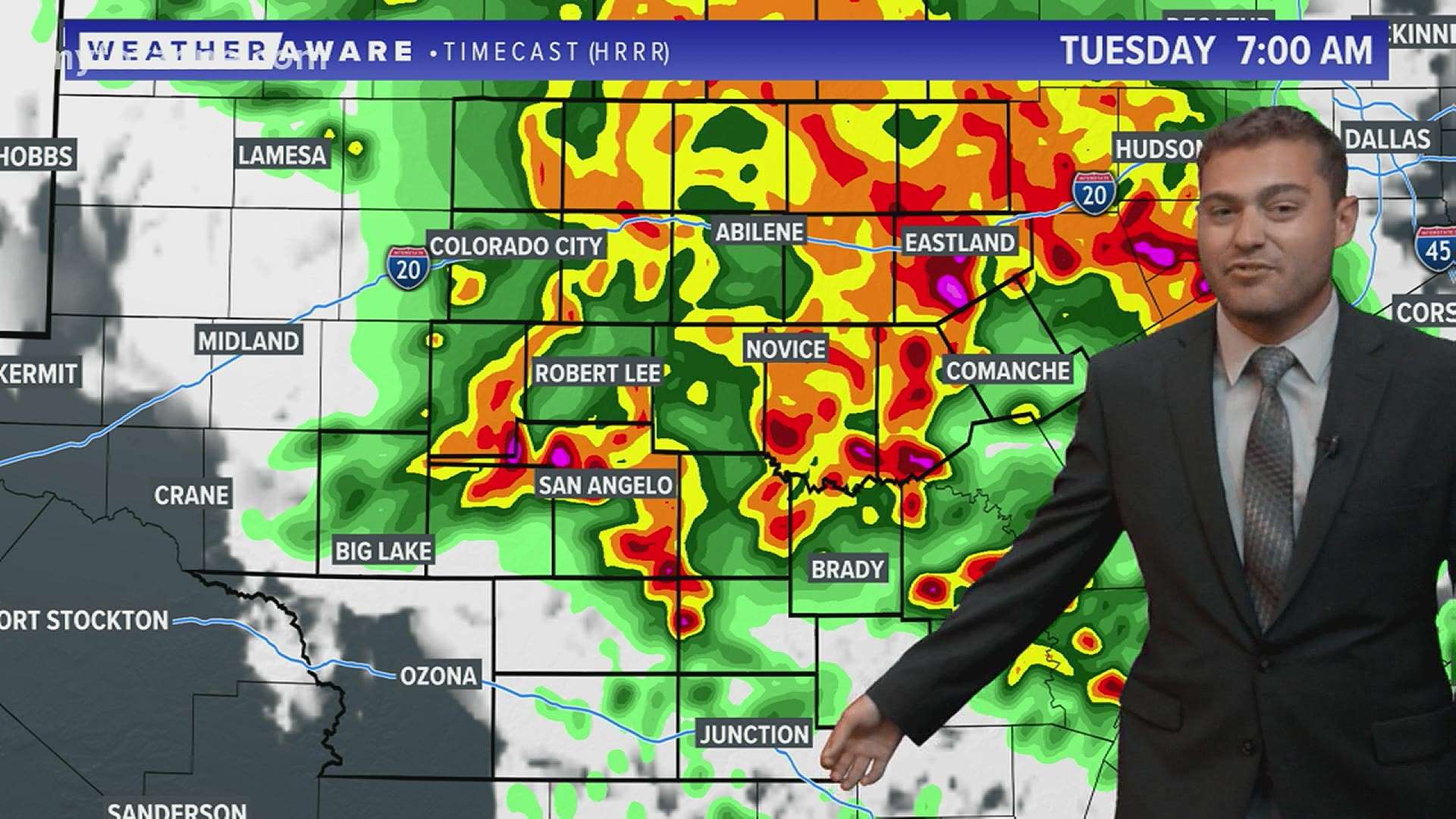 SAN ANGELO, Texas — A moderate risk (level four of five) of severe weather has been issued for parts of West Texas Monday evening. This area includes locations such as Abilene, Stamford and Sweetwater. This is where the greatest threat of severe thunderstorms will be located.

An enhanced risk (level three of five) includes the rest of the viewing area, including the Concho Valley.

All threats of severe weather will be possible, including tornadoes. Large hail and damaging winds will also be a concern with the strongest storms.

Storms will form in the mid-afternoon hours Monday in far western Texas, likely near Midland/Odessa. They will move eastward throughout the evening hours and overnight. The greatest risk timing will be from 4 p.m. Monday to midnight Tuesday.

Additional waves of showers and storms are likely overnight and through the morning hours Tuesday. Although, the severe risk will diminish and the threat will turn to flash flooding. Additional severe activity is possible Tuesday evening. A marginal risk (level one of five) has been issued for West Texas ahead of the activity Tuesday.