From a massive snowball fight on the National Mall to kayaking on the Potomac, folks enjoyed the first decent snowfall in two years. 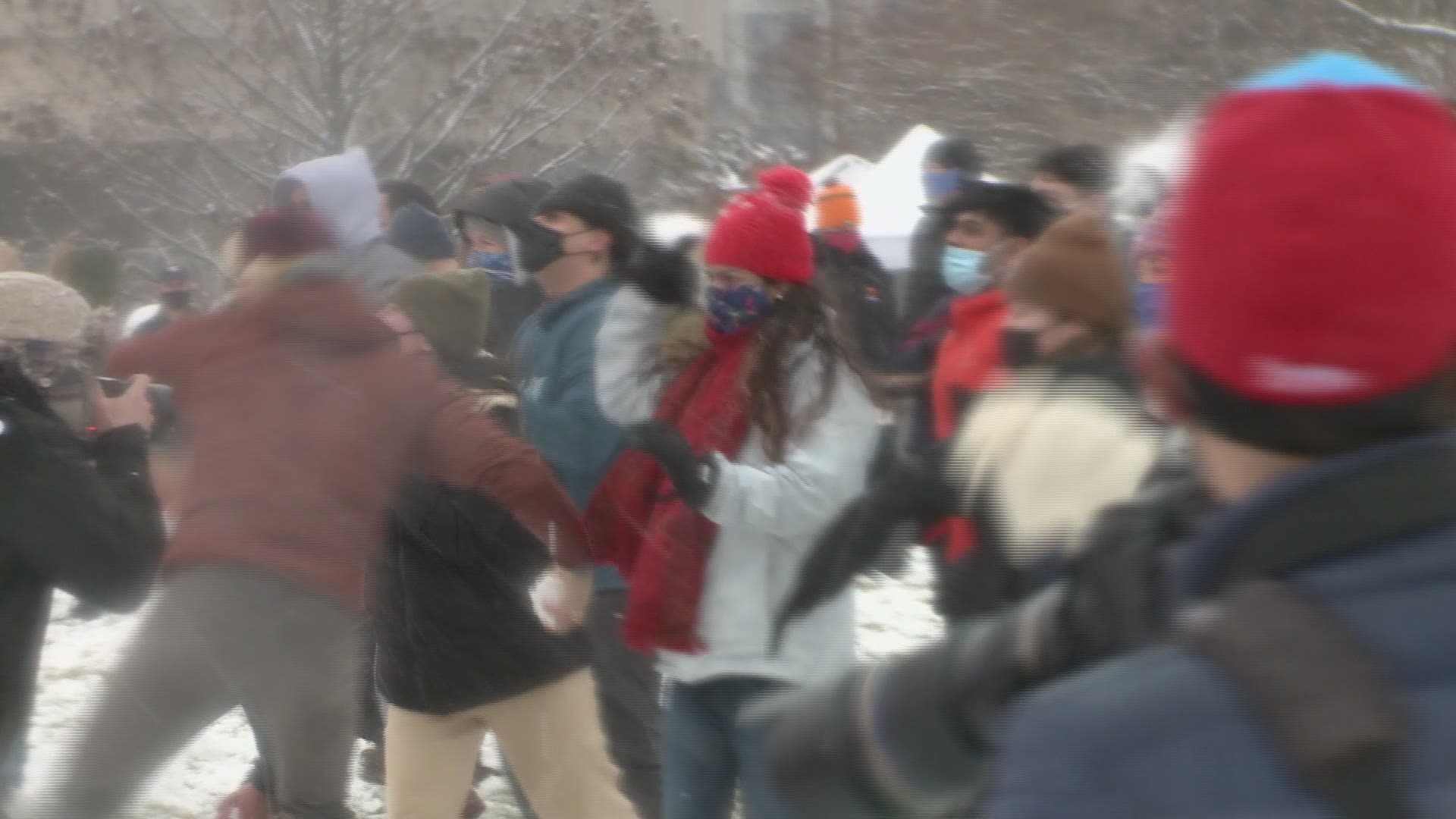 WASHINGTON — D.C. neighbors have waited two years for snow they could throw, and boy did they take advantage of it.

The Washington D.C. Snowball Fight Association -- yes, that's a real thing -- organized a massive snowball fight on the National Mall Sunday afternoon, with, they estimate, upwards of 500 people showing up during the two-hour battle.

“It’s been a pretty tumultuous time in D.C.," one of the association's organizers, Michael Lipin, said. "To get people together to do something fun where politics is really not a part of it at all. Anyone and everyone can come join in.”

The association, which was founded in 2010, had been on a two-year hiatus since D.C. hadn't received more than a 1/2 inch of snow during that time.

“First time in two years that we’ve had at least a few inches of snow on the ground, and that’s basically the basic ingredient for a snowball fight," Lipin said. "And because these things are so rare in D.C., people get excited.”

Typically, dozens of families would hit the slope on the Capitol lawn, but the remaining fences prevented anyone from entering the area. Earlier, Delegate Eleanor Holmes Norton asked Capitol Police to open it up to the community, but Capitol Police said they would not for security reasons.

"Unfortunately, due to the current security posture, COVID-19 restrictions, and the deconstruction of the Inaugural platform, we cannot permit sledding on the Capitol Complex at this time. We, however, look forward to welcoming sledders back in the future."

So -- a community now used to National Guard members standing watch built an army of snowmen in their place outside the fence.

“It’s a little bittersweet having the fences and not being able to get closer, but this is still awesome," Alexa Green said.

Green and three friends built a four-tiered snowwoman they named Felicia right outside the fences surrounding the Capitol.

Meanwhile, others found creative ways to navigate the District.

From kids on go-karts to multiple people on skis -- one guy even decided to kayak on the Potomac.

“Refreshing, somewhat a sense of normalcy," Chad Zaire said. "You know, my son and I, we always spend a lot of time here on the Capitol grounds, and just to see it normal, everyone happy, having a good time, it feels good.”

Zaire and his son Xavier built a massive macho snowman on the Mall together -- in friendly competition with others popping up nearby.

The two capped off their day with a hat for Eugene -- the snowman they named after Xavier's grandfather.

Most who ventured to the Mall were grateful for a moment to be a kid after a long, trying year.