1 dead, 9 injured after string of hit-and-runs in Southeast Portland

The driver tried to run away but a few people apprehended him until police could take him into custody. 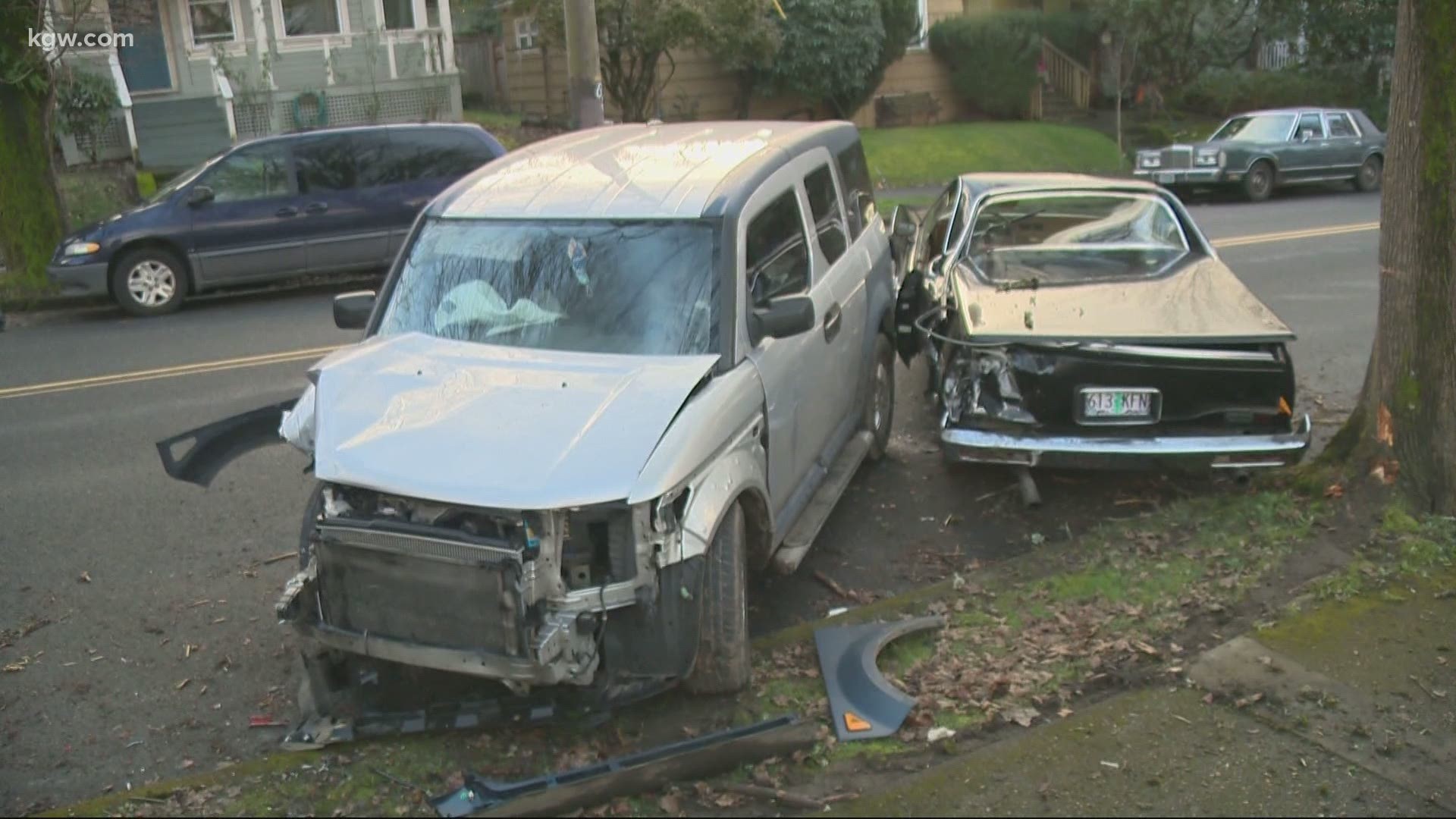 PORTLAND, Ore — One person died and five others were hospitalized after a driver hit multiple pedestrians and vehicles across dozens of blocks in Southeast Portland on Monday afternoon.

The suspect, identified as Paul Rivas, 64, of Oregon City, is in custody.

The five people who are hospitalized are expected to survive. Three more people were injured but didn’t need to go to the hospital, according to Portland police.

Officers first responded to a hit-and-run at 1 p.m. in the area of Southeast 33rd Avenue and Pine Street, near Laurelhurst Park. During that time, police said they received additional calls about the same suspect hitting other pedestrians and vehicles.

Officer Derek Carmon said the last of the known crashes occurred on Southeast Stark Street, between 17th and 18th avenues. The suspect was driving erratically on the road and sidewalks, Carmon said. He said there are multiple crime scenes police are investigating.

Charles Kuziak said he was trying to comfort one of the victims as she was receiving medical treatment.

“She said the gentleman who hit her came back and hit her a second time and that was the first time I thought to myself this was an intentional thing and she seemed to know that too,” Kuziak said. “She seemed shaken from the idea that someone was trying to hurt her.”

On Tuesday, Portland police said detectives found no evidence that Monday's string of hit-and-runs was an act of terrorism or the suspect was motivated by bias or politics.

The suspect, who was driving a silver Honda Element, ran away following the last crash. A group of people saw the suspect running, corralled him and held him in place until officers arrived.

Jonathan Rendon was one of the people who helped police capture the suspect.

“We just tried to keep him from going anywhere,” Rendon said. “One and two became three and five of us all of a sudden pinned him down as much as we could.”

The suspect, kneeling in the driveway, was stopped by neighbors. We’re still awaiting official ID from @PortlandPolice pic.twitter.com/GwvznMq07b

The investigation is ongoing. Anyone who witnessed the crashes, or has information such as debris or video surveillance, is asked to contact Detective Joseph Corona at 503-823-0508 or Joseph.Corona@portlandoregon.gov, or Detective Anthony Merrill at 503-823-4033 or Anthony.Merrill@portlandoregon.gov and reference case #21-22752.

RELATED: ‘It was coming pretty fast’: Runner avoids being hit by erratic driver during string of SE Portland crashes