Seven-year-old Lissy Frugé's nearly had her feeding tube surgery postponed back in Sept. Her parents say having the surgery potentially saved her life. 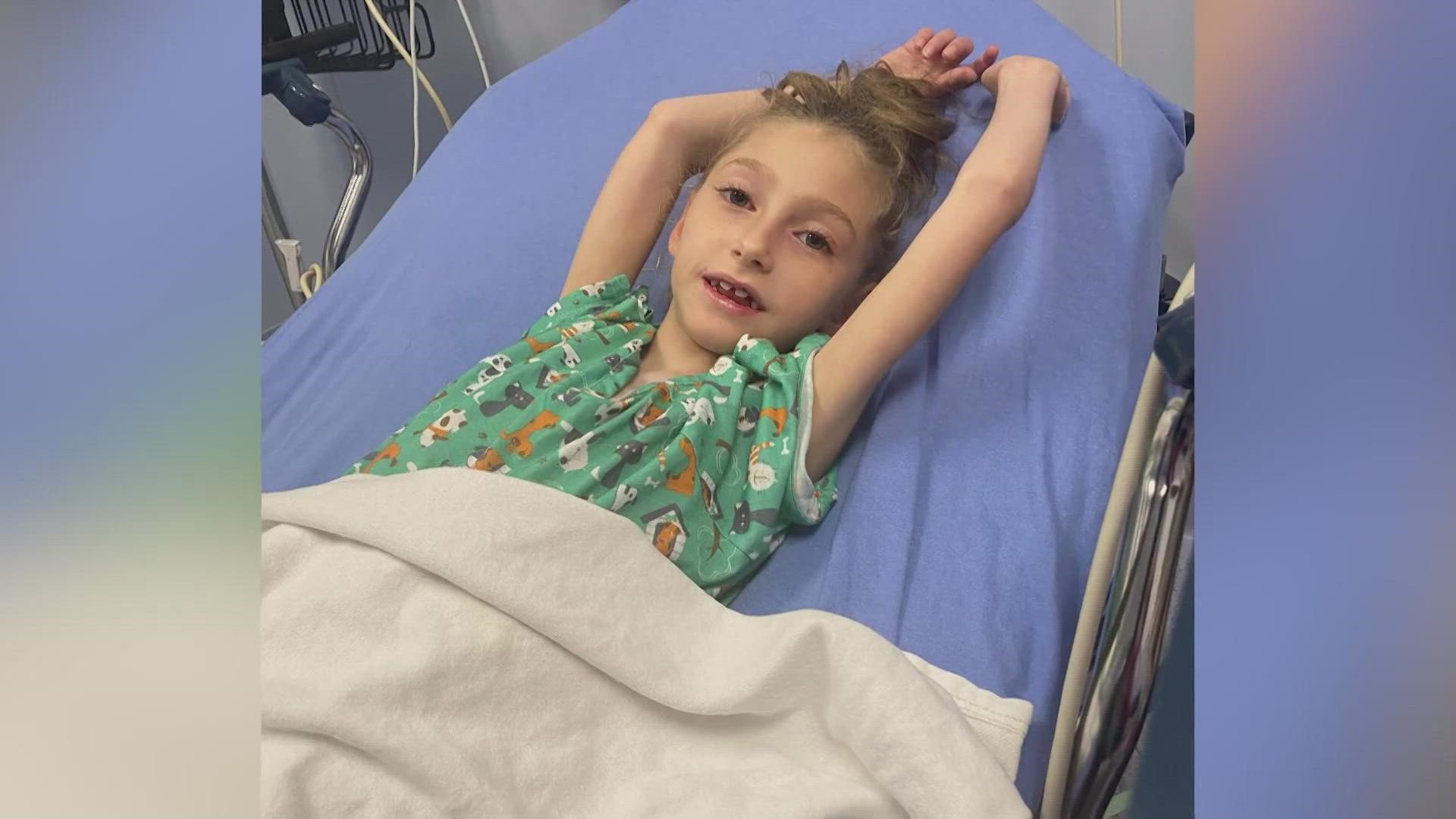 FORT WORTH, Texas — Three weeks have passed since 7-year-old Felicity "Lissy" Frugé, of Fort Worth,  had surgery for a feeding tube placement.

“We’re thankful that she got what she needed,” said David.

At the time, Lissy’s parents worried that without a feeding tube, her health would be at risk.

“When we say life or death, it isn’t an exaggeration for families like ours anymore,” said her mother, Katie Frugé in September.

After the family appealed the hospital’s decision and WFAA’s story aired, the hospital decided to make her surgery happen after all.

Wednesday, Lissy’s parents told WFAA the decision to keep her surgery potentially saved her life. That’s because on Sunday, the young girl with cerebral palsy tested positive for COVID. Lissy’s parents said she contracted the virus from an at-home nurse who later discovered she had COVID.

“It’s been almost 600 days of avoiding it, trying to wait for the vaccine and we didn’t make it and that’s okay,” said David. “What was important for us was keeping our kids safe, and the feeding tube that my daughter has is keeping her safe and helping her have the weight she needs.

Lissy has gained at least six pounds since she got her feeding tube. At almost 8 years old, she weighs under 30 pounds and is at risk for malnutrition.

Weeks before her surgery, Lissy was hospitalized with Respiratory Syncytial Virus (RSV) and couldn’t eat for more than five days. Doctors told her parents a feeding tube was critical moving forward, because her body may not be able to handle another illness.

Lissy is immunocompromised and can’t eat by herself. Any illness puts her at risk.

Thanks to the stomach tube, COVID is not a big issue for her. She is recovering at home with a mild case of the virus, along with her younger sister who also contracted the virus.

The dedicated parents are counting their blessings.

“I would love to tell Cook Children’s thank you. They did a lot to make sure that we got in there [for the surgery],” said David.

A spokesperson for Cook Children’s told WFAA things are looking up. A couple of weeks ago, the hospital began rescheduling elective surgeries on a case by case basis to ensure kids like Lissy get the medical care they need.