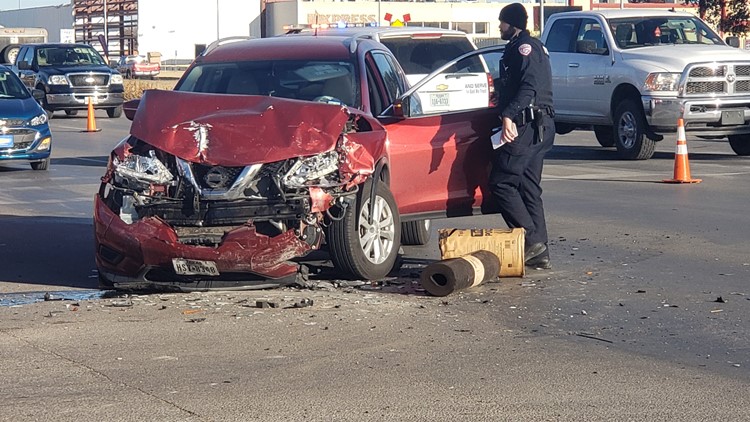 One transported to hospital after two-vehicle crash at N. Bryant/W. 19th St. intersection

The collision was between a white Ford F-250 pickup truck and a maroon Nissan Rogue. A San Angelo Police Department officer at the scene said it appears that the F-250 took a left on a green light and struck the Nissan.

No citations were issued at the scene.

A woman who was in the Nissan Rogue was transported to a local hospital by ambulance.

Traffic was slowed at the intersection for approximately an hour as the scene was being investigated and cleared.

No further information was available from officers