Angelo State women's soccer team has a bright future ahead

Coach Travis McCorkle said the team will work hard during the off-season. 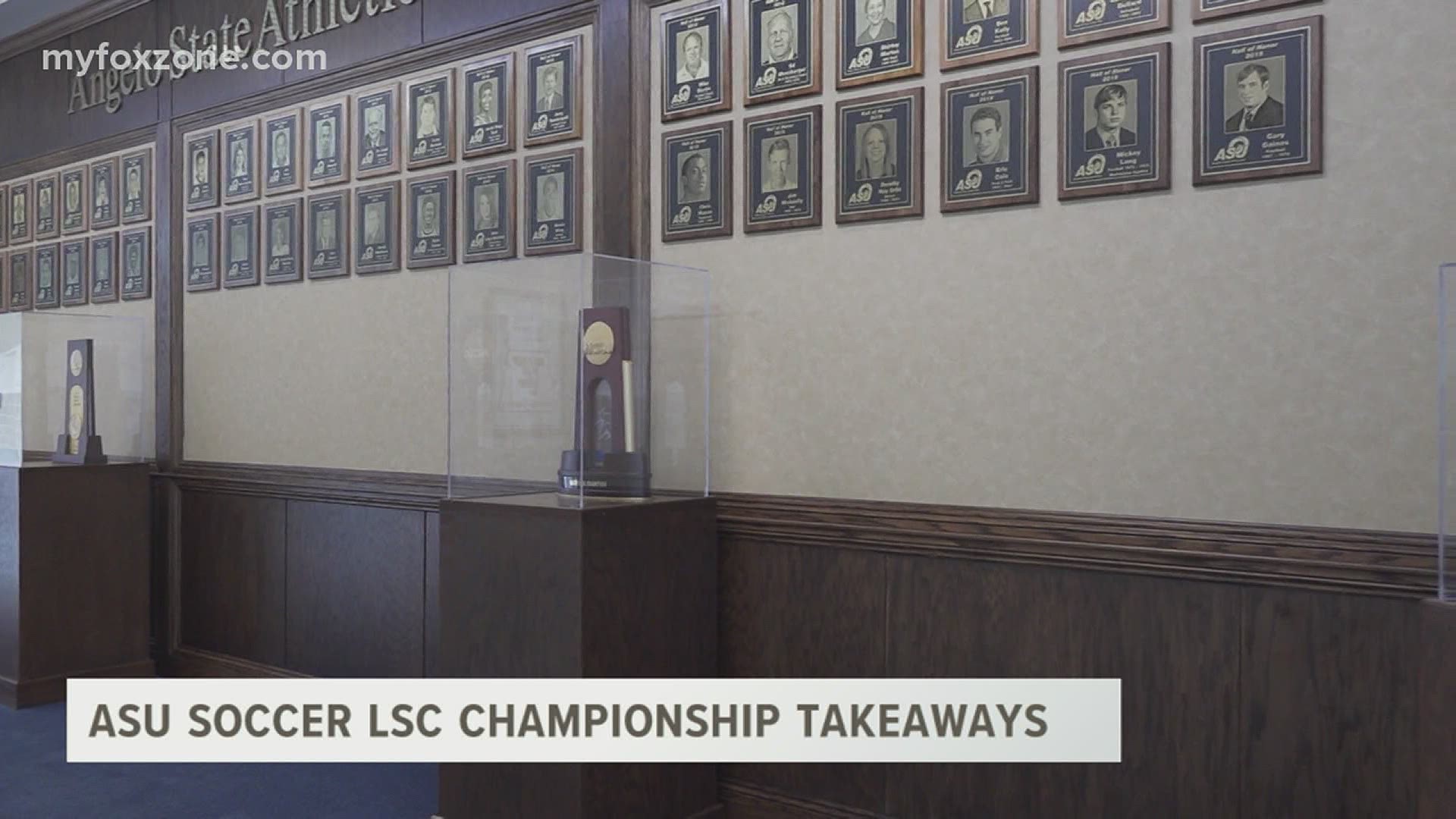 "It was nice," ASU women's soccer head coach Travis McCorkle said. "The girls had a heck of a season and we only allowed two goals all year and none in the playoffs. Our goal difference, plus or minus was through the roof...Overall it was a great season."

The Belles won their second tournament championship in three years while finishing the season with a perfect 10-0-0 record. Senior midfielder Avery McNeme scored the game-winner with just under four minutes to play in the second overtime period.

"I think that was a moment that doesn't happen every day," McNeme said. "It's a sort of sense of pride that you don't feel everyday and you know everyone's won championships. I've won championships but not after being picked six in the conference in the preseason polls."

McCorkle has big plans ahead for the team during offseason workouts. He looks forward to continue setting the bar high.

"I think we felt like we could have done more this year in a regular season to get into the NCAA and to advance and maybe set some more records with that about us by getting to Sweet 16 or Elite Eight," McCorkle said. "I think we had that type of team that could have done that so I hope that that's the expectation for this year for the players. Certainly that will be the driving force of what I'm telling them."

Before offseason workouts, McCorkle wants the team to mentally have some time off after a 14-month preseason time period due to the coronavirus impact.

RELATED: Abilene High kicking off spring football at the end of April