Saharan dust is making its way towards West Texas. Here's a look at what we can expect. 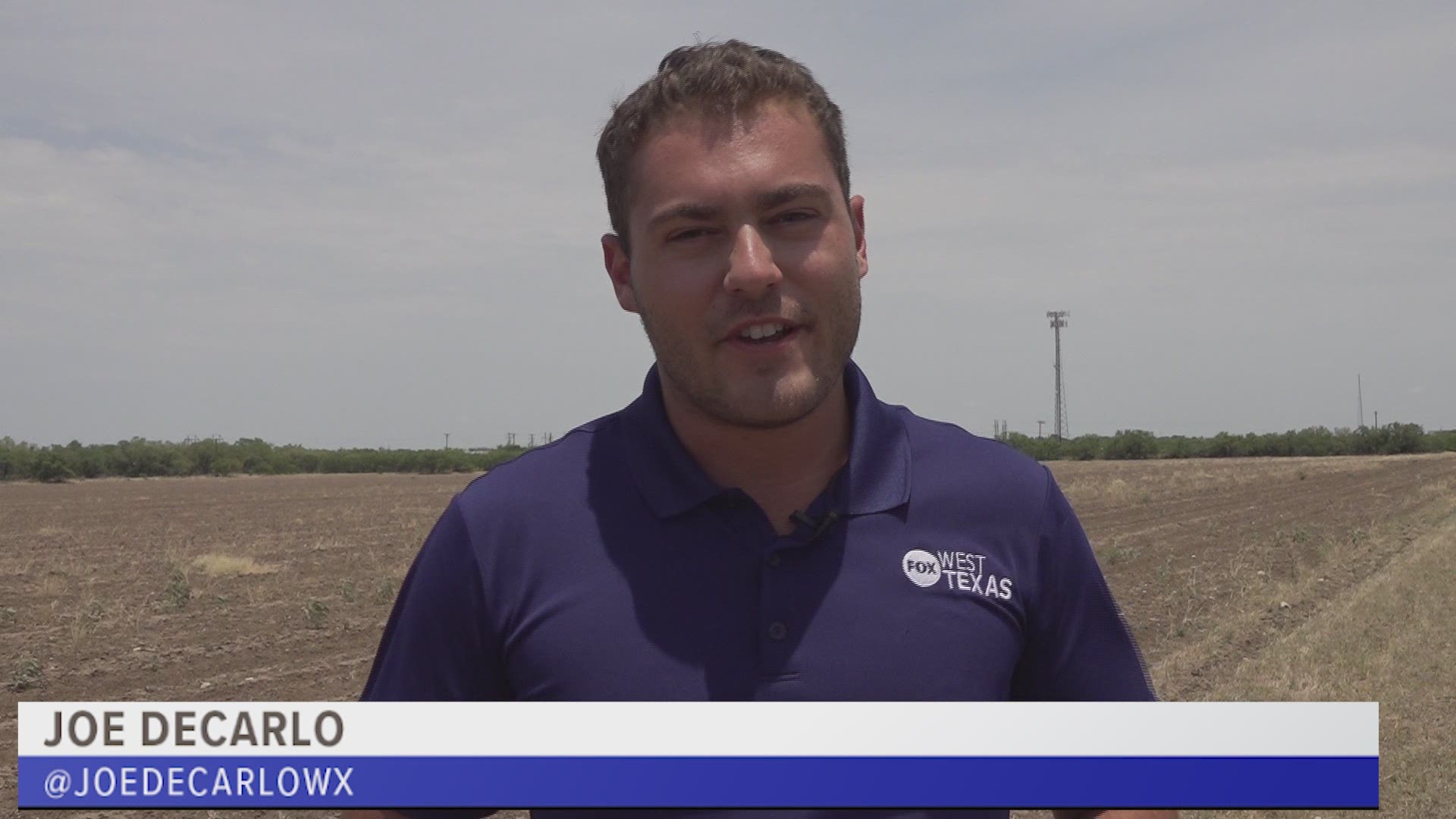 SAN ANGELO, Texas — West Texas is known as dry and dusty. Rain is hard to come by and winds blow across the Plains on the daily. Sometimes dust storms, or even intense dust storms, called haboobs, roll through West Texas causing limited visibility and skin and eye irritation.

Mostly, dust that blows in come from even drier climates in far western Texas and southeastern New Mexico. However, late this week, and into the coming weekend, we have a new threat.

This time, the dust is coming thousands of miles from the east. Saharan dust is on its way to West Texas all the way from the Sahara in northern Africa.

It is currently riding a strong jet stream across the Atlantic and into the Gulf of Mexico. By late week and into the weekend, the dust is expected to make its way onto the shores of Texas. Some dust may even make its way to West Texas.

As the dust makes its way into our atmosphere, most of it will remain in the upper levels. This will cause limitation in tropical activity over the next week, and also give us beautiful sunsets into the weekend.

On the tropical front, tropical storms need a lot of moist air and calm upper level winds to form. The lack of moisture and increased winds associated with the dust plume are expected to limit tropical development.

Vivid sunsets will also be noticeable as the Saharan dust makes its way to the states. As the sun sets, it shines on a higher level of the atmosphere, the one which will have the most dust. Dust and water particles in the atmosphere are responsible for scattering sunlight, creating the rich colors of sunsets and sunrises. With the added dust expected, a greater number of particles can scatter sunlight into the bright and vivid colors of amazing sunsets.

This phenomena happens often in the summertime, but dust is normally not this thick as it moves thousands of miles away from its origin.

The dust is expected to reach the shores of Texas by Thursday evening and move into parts of central Texas Friday.

The best time frame for dust to make its way into parts of West Texas will be Friday night and through Saturday. The greatest thickness of dust will be from the Hill Country and into eastern Texas.

Stay alert this weekend and enjoy the vivid colors.

Stay with FOX West Texas for the latest information.

RELATED: Saharan dust flowing over Atlantic - when will it arrive in West Texas?

RELATED: The warmest May in more than 40 years