Nationwide flight delays and cancelations over the weekend

Thousands of flights were delayed and canceled over the weekend as a result of bad weather and air traffic. 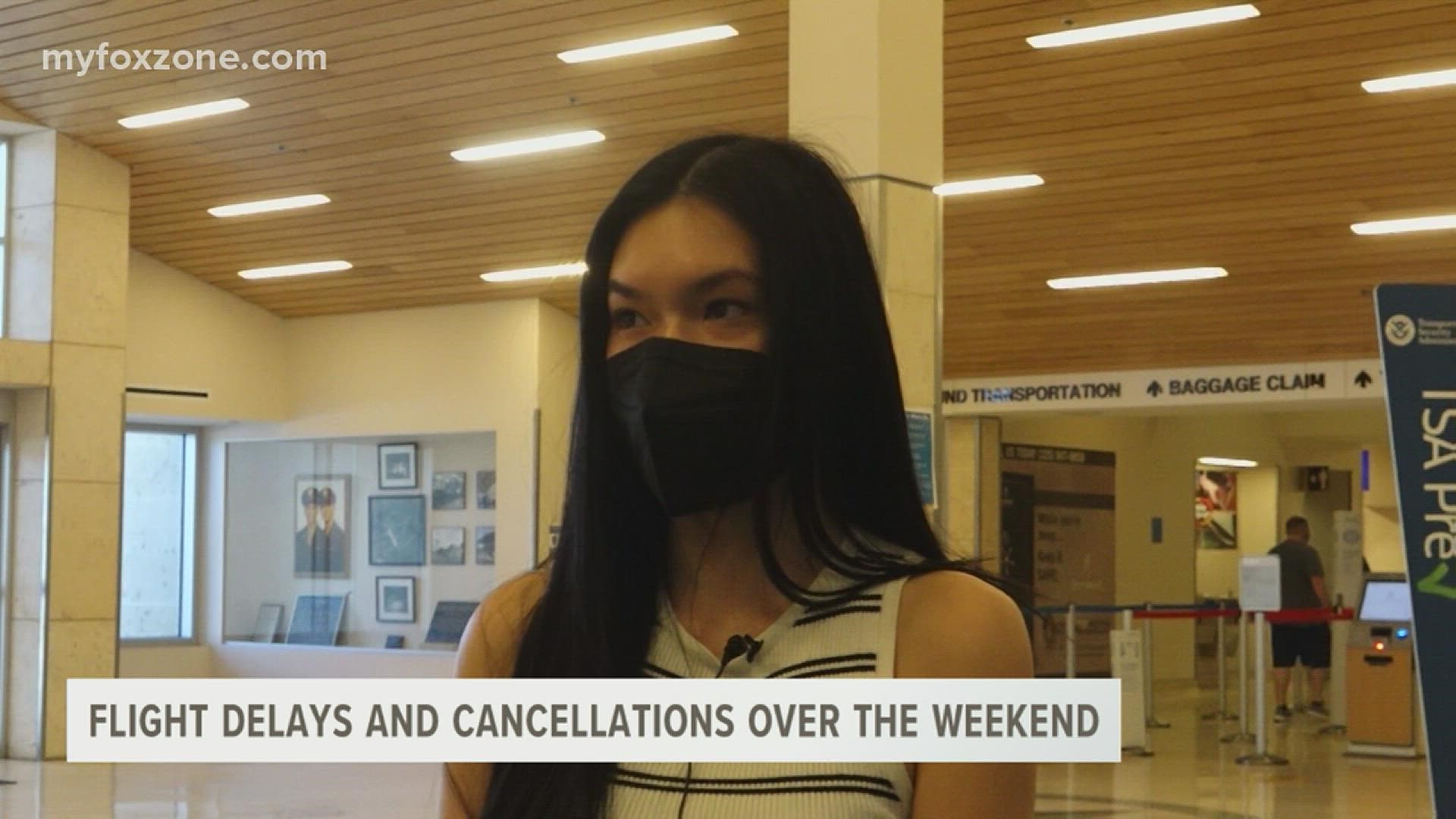 Southwest Airlines had the most flight cancelations and delays than any other airline with 800 cancelations Saturday, 1,000 Sunday and 300 on Monday.

Southwest Airlines tweeted Friday afternoon, “ATC issues and disruptive weather have resulted in a high volume of cancellations throughout the weekend.”

On Saturday, the airline responded to a user tweeting, “While we did just have a tornado watch here in Dallas, we understand these circumstances certainly aren’t convenient.”

American Airlines has alerted passengers boarding flights of potential delays as a result of bad weather. Rachel Tsang has been flying every five weeks from San Angelo Regional Airport to Toronto for three years and has never experienced any delays.

“This will be the first time I’ve ever had a travel warning from American Airlines saying that they are expecting a thunderstorm and my flight might be delayed or cancelled once I reach Dallas,” she said.

Tsang tried calling American Airlines before her flight, however the expected wait time to speak to a representative was more than two hours.

Marketing and development manager of Abilene Regional Airport, Kate Alvarez, advises passengers to stay in contact with their airline in case of a sudden change or cancelation in their flight.

Passengers can stay up-to-date with flight status updates while being enrolled in automated text, airlines app or contacting the airlines.