Little 4-year-old Evie was learning what to do in case of an emergency and accidentally dialed 9-1-1. Fairfield, Calif., police made her day. 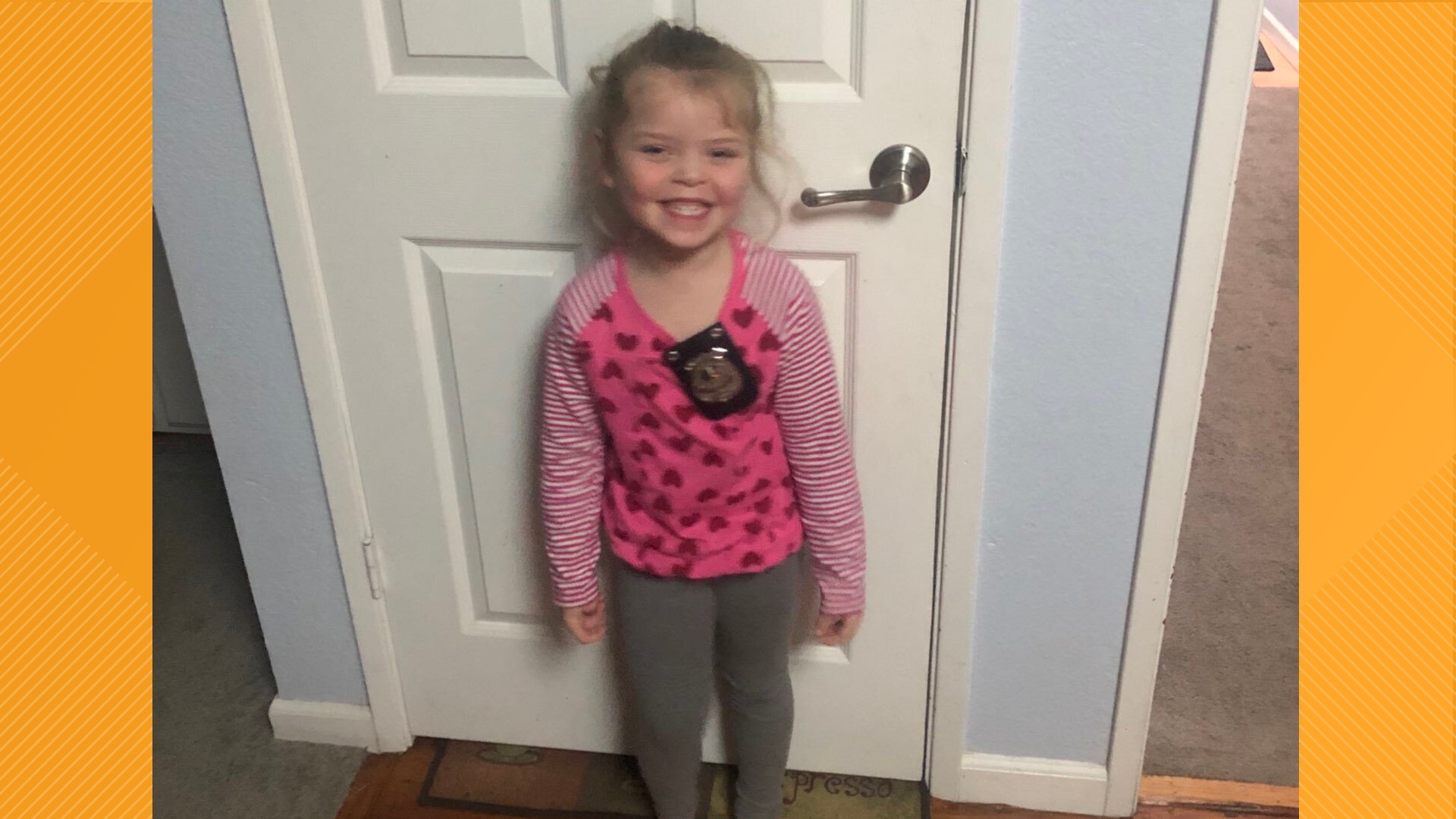 FAIRFIELD, Calif. — Four-year-old Evie Harris accidentally dialed 9-1-1 as she was learning what to do in case of an emergency at daycare Tuesday.

The lesson became real when Fairfield police happened to be close to her home and several officers responded to check on the call.

The officers ended up saying hello to the curious 4-year-old and giving her a sticker.

Evie's father, Jon Harris, tweeted how thankful he was to the officers for how they handled to accidental call.

"To the Fairfield Police officers who responded to a Woods ct. 911 call today before noon, and quickly realized it was our sitter teaching our daughter how to use 911 thank you so much the caring, compassion and friendship you showed my 4-year-old daughter," tweeted Harris.

Fairfield police responded and said thank you for the kind words.

Harris tweeted an update after realizing Evie lost the sticker.

Alright ⁦@FairfieldPolice⁩ she may have lost the sticker (daddy may have accidentally washed it) but she asked mom for a “real” badge and voila with the magic of ⁦@amazon⁩ she got one and now she tells me that she has to go through training to be a real cop 😉 pic.twitter.com/9jVxNXijc2

WATCH NEXT: Feeling stressed? Grass Valley 'smash house' might be what you need | Bartell's Backroads