While the NBA says more than 90% of players are vaccinated, it's the unvaccinated players who are receiving most of the attention due to the implications involved. 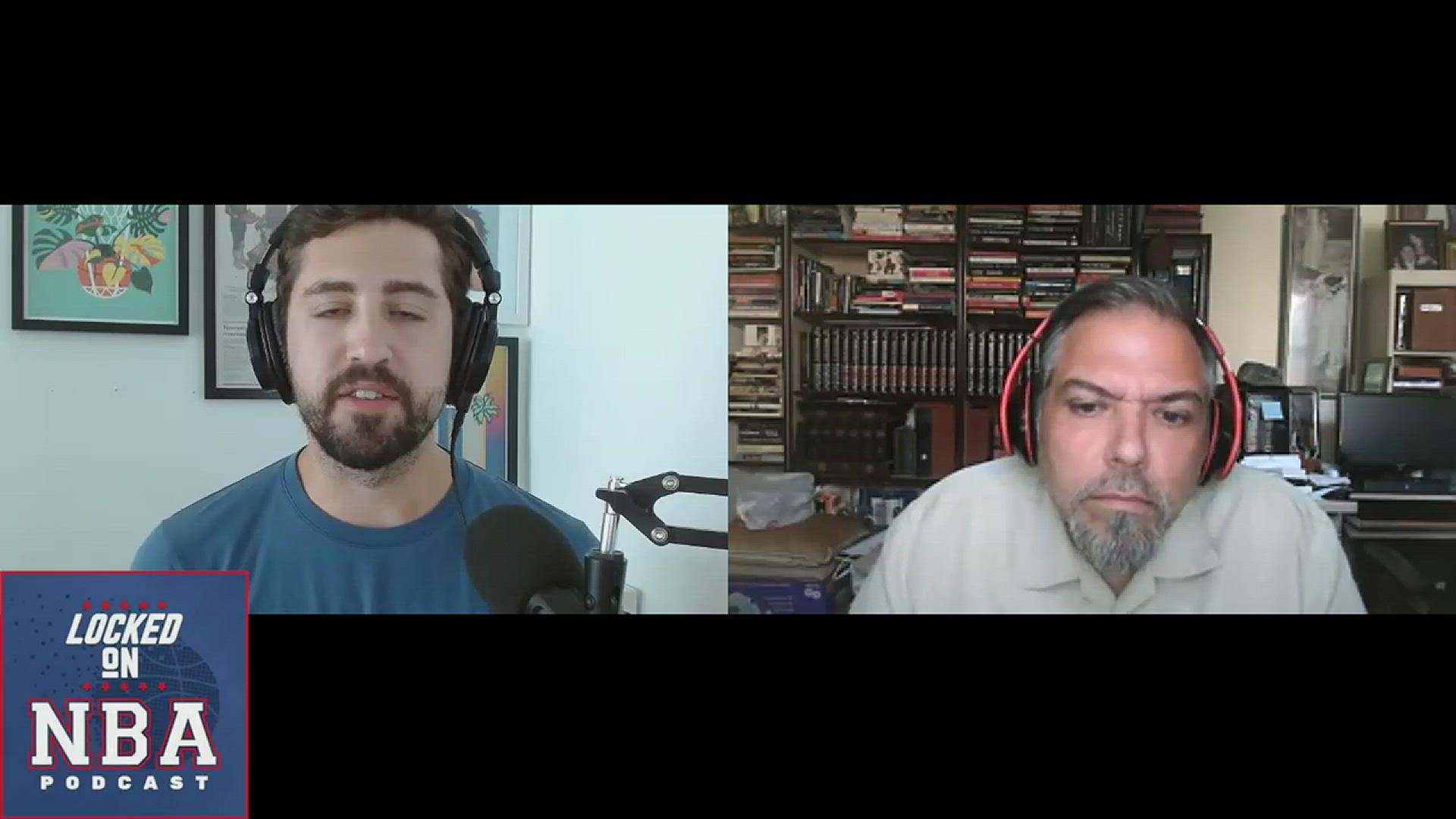 NEW YORK — The weeks leading up to the start of the NBA continue to be contentious and dramatic, centered around those who are unvaccinated and what that may mean for several teams and the league as a whole.

Especially with NBA media days this week, many players have been asked about their vaccination status and while the NBA says more than 90% of players are vaccinated against COVID-19, it's the unvaccinated players who are receiving most of the attention due to the implications involved in that decision.

As has been previously reported over the past month, the implications are especially high for three teams: Golden State Warriors, Brooklyn Nets and New York Knicks. This is because the NBA said earlier this month players on those teams will have to follow local laws regarding the vaccine and will not be able to play in home games if they are not vaccinated.

SUBSCRIBE to the Locked On NBA podcast, your daily podcast covering all things NBA league-wide. Free and available on all platforms.

Notably, it is believed Brooklyn Nets star point guard Kyrie Irving is not vaccinated because the 29-year-old was not physically present at Nets' media day on Tuesday. Other Nets' stars Kevin Durant and James Harden were present.

Golden State Warriors forward Andrew Wiggins is another player who is not vaccinated and doesn't plan to get vaccinated, even after he was denied religious exemption by the NBA last week. Wiggins was the Warriors' second-leading scorer last year and his contract is worth over $30 million this upcoming season.

Other notable players making headlines for their unvaccinated status include Washington's Bradley Beal, Orlando's Jonathan Isaac and Dallas' Trey Burke, but those players don't have the same implications as Irving and Wiggins because they don't play in New York or San Francisco.

The NBA released tentative health and safety protocols to its teams Tuesday.

Among the rules for unvaccinated players: They will not be able to eat in the same room with vaccinated teammates or staff, must have lockers as far away from vaccinated players as possible, and must stay masked and at least 6 feet away from all other attendees in any team meeting.

Further, according to The Associated Press, which obtained a copy of the rules, unvaccinated players will be “required to remain at their residence when in their home market." They will also need to stay on team hotel properties when on the road. In both cases, there are limited permissible exceptions — such as going to buy groceries, taking children to school and the like.

There will also be different rules for contract tracing among vaccinated and unvaccinated players.

Meanwhile, for those players who are vaccinated, most things pretty much go back to normal in terms of where they can go and what they can do.

“A vaccine mandate for NBA players would need an agreement with the Players Association,” NBA spokesman Mike Bass said on Tuesday. “The NBA has made these proposals but the players’ union has rejected any vaccination requirement.”

Bass said on Wednesday that any player who elects not to comply with local vaccination mandates will not be paid for games that he misses.

Lakers star LeBron James said on Tuesday that he decided to receive the vaccine but he will not advocate for others to also get the vaccine.

Of course, the vaccine issue became political and continues to be for many.

Much so that politicians including Texas Sen. Ted Cruz is speaking out saying he stands with Irving, Wiggins, Beal and Isaac, going so far as to say "your body, your choice in a hashtag regarding the NBA and the vaccine.

Meanwhile, New York Mayor Bill de Blasio pleaded on CNN on Wednesday for Irving to get vaccinated so fans can see him play.

Protocols are still being finalized ahead of NBA tip-off on Oct. 19.