A group of students marched with banners at Horn High School this week. Students say they're protesting disciplinary action taken against a beloved teacher. 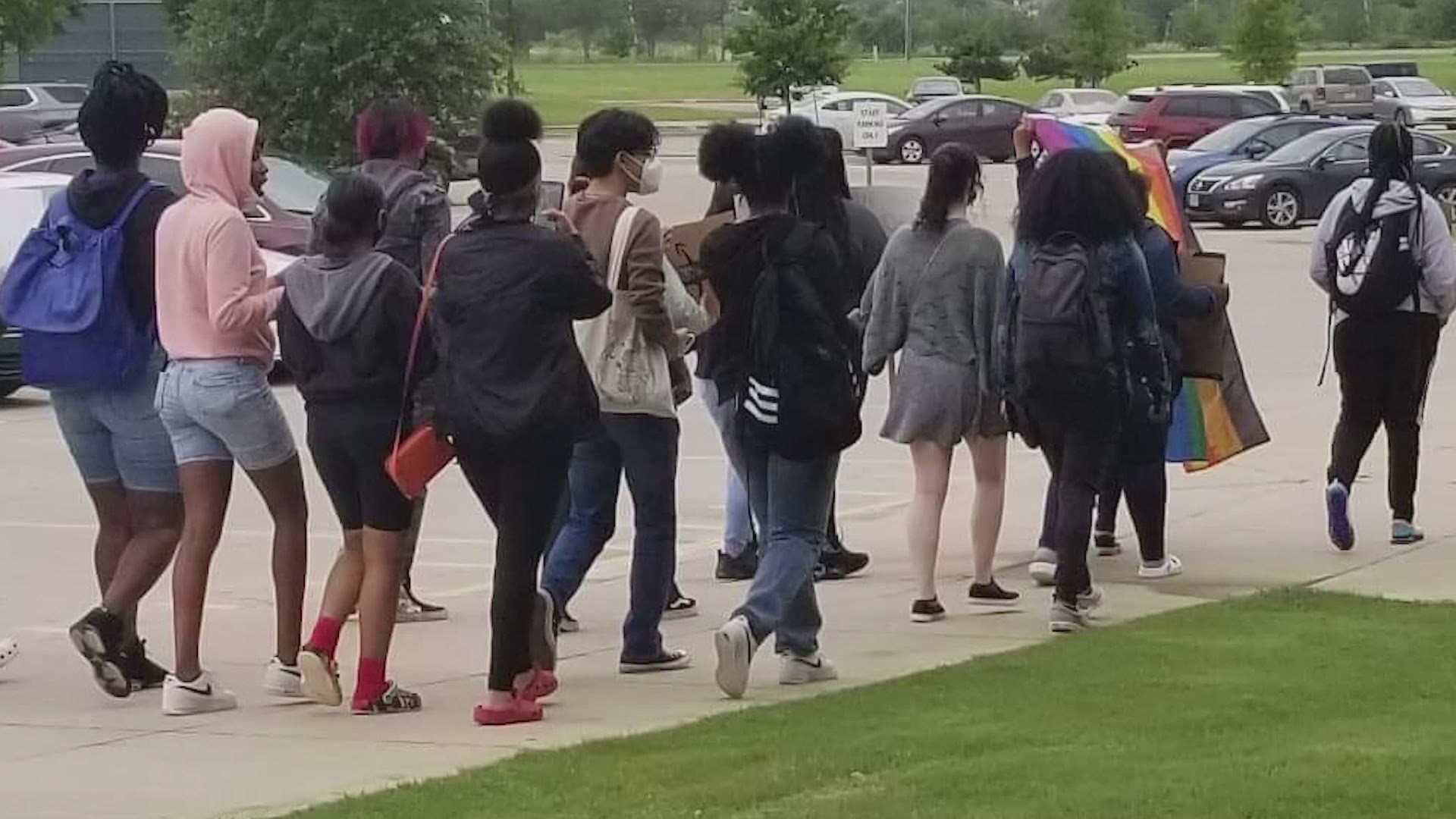 MESQUITE, Texas — A large group of students staged a demonstration outside Horn High School in Mesquite this week. The students were marching around the campus, carrying signs and banners, while chanting.

“To break the silence!”

The students repeated the chant as they circled the campus.

Some parents say the students are speaking out about alleged unfair or questionable treatment by campus administrators. The parents say the children are also protesting disciplinary action recently taken against a popular teacher and supporter.

“They’re requesting and demanding that teacher be brought back,” Swain said.

Some parents claim procedures school administrators recently put in place after several fights broke out on campus are the main source of controversy.

An email sent to staff shows administrators began requiring teachers to escort students to and from lunch. Parents say vending machines were turned off as a disciplinary measure for students.

“She said it was a school-to-prison pipeline. And in a school that is predominately Black and Brown, you know, what you guys are doing to these children is wrong,” Swain added.

In addition to the protest, petitions are also circulating in support of that teacher who has been placed on leave.

Mesquite ISD spokesperson, Laura Jobe, said there is not a lot the school district can say publicly right now because it involves a personnel matter. The school district is aware of the petition. However, Jobe claims a lot of the information in it is inaccurate.

According to Mesquite ISD, the directive to escort students to lunch came as more of the high schoolers started coming to campus over the last grading period, and to provide more supervision while testing was in place. The internal notice sent to staff, however, mentioned the change is “due to the ‘issues’ that have popped up during lunches recently…”

RELATED: Drawing on his own experience, Dallas man helps college-bound students get luggage

As for the protests, the school district says it supports the students’ freedom of speech.

“You can’t be in a position where you say you are an advocate for students and not listen to them,” Swain explained.