Ryann Honea is the first Central lady golfer to win the state title since Julie McMahon in 1995. 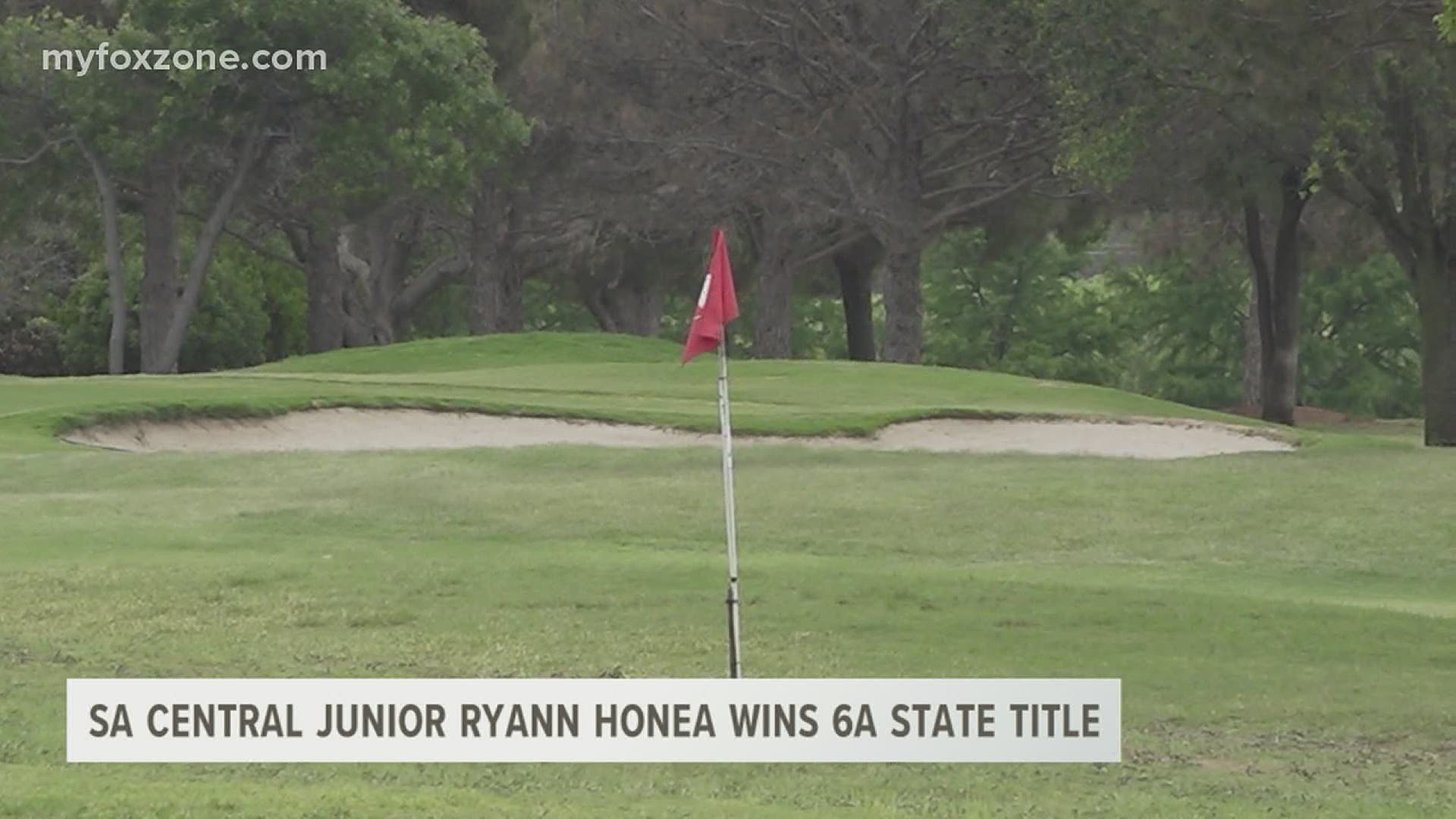 SAN ANGELO, Texas — San Angelo Central High School junior Ryann Honea won the UIL 6A title in the girls state golf tournament. Ryann shot a final round score of 74 for a one-shot victory and became the second Lady Cats player in program history to win a state title since Julie McMahon in 1995.

“It doesn't really feel real, but my dad actually worked with Julie McMahon who won 1995," Honea said. "So it's cool to like talk to her about it and think like we kind of have the same mindset on it. She says she still remembers the day vividly and so I think that'll carry on with me for a while and it was really fun.”

Winning the state was no easy task, given the fact it took place in rainy weather conditions. At one point Lady Cats head coach Blake O’Dell said Ryann double-bogeyed 15, then she hit her tee shot on the par 3 16th within four feet of the hole, and knocked out the birdie putt. She eventually went on to birdie 18 to win the championship. O’Dell explained the mamba mentality in her.

“She is a hard worker," O'Dell said. "She's been playing golf since she was very little in junior golf and she just keeps improving year after year. That’s a testament to what it takes to be successful in golf.”

Moving forward the Lady Cats are losing two seniors, but there’s plenty of underclassmen returning. Honea said the team can bring more players to the state tournament next year if they grind during the summer and fall.

“I think we definitely have a chance to get out of district so it'll be fun," Honea said. "Well, it'll be fun to see how much we've improved a lot as a team since my freshman year, just to see that improvement has been so cool. I think a lot of the girls on our team are hard workers and they have that drive in them so I think it'll be cool to see how that pays off.”

Overall, O’Dell and Ryann are looking forward to next season with the talent they possess in order to win more championships.